Welcome to the 42nd general election.  On Sunday Stephen Harper went to the Governor General’s house to drop the writ and throw a little shade.

He also made one of the most hilariously ironic and completely unself-aware speech to kick off his official campaign.

Harper permitted the gathered reporters five questions – most asked about the cost of the unusually long campaign period.  Fair enough – but had they really listened to what Harper actually said they may have had other questions.

So, here is the text of Harpers remarks and the narration that was running in my head as I tried not to drive my car full of children off the highway en route Parry Sound.

Good morning. A few minutes ago, I met with his excellency, the Governor General, and he has agreed to my request that parliament be dissolved. In accordance with our commitment to a fixed election date, the next general election will be held as prescribed by law.

Seriously Steve – is this how you are going to start an 11 week campaign?  Commitment to a fixed election date? This is will be the third election since the fixed election date legislation – a law you passed – but the first time that there has actually been an election on the fixed date.  I won’t fault you for 2011’s non-confidence vote – but 2008 – when you called an early election and broke your non-binding law?

But OK, NOW you are committed. 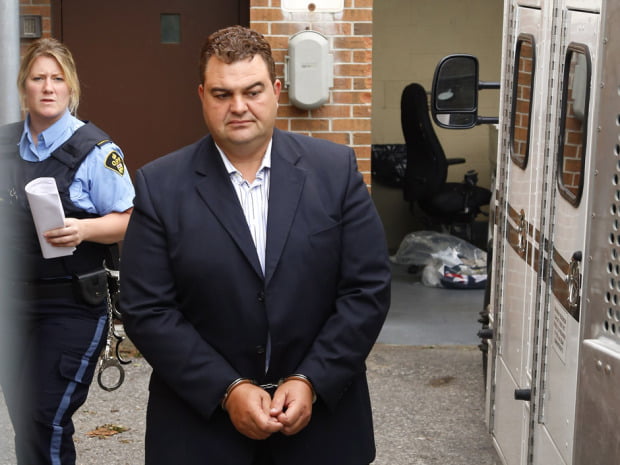 And what? Elections as prescribed by law? But what about pleading guilty to election fraud in the 2006 election, robo calls in 2011, Peter Penashue‘s illegal election contributions, or how about that Del Mastro guy – you know, all the times you broke the rules?

As it is my intention to begin campaign-related activities, as is also the case for the other party leaders,… it is important that these campaigns be funded by the parties themselves rather than taxpayers.

Really? It is not a bit rich to claim you are just beginning campaign related-activies.

Remember the billions of dollars that have been funnelled to Conservative ridings over the last week.  The pre-election spending spree could only have been more partisan if the federal Employment Minister was handing out the novilty sized cheques wearing a Conservative Party logo – but of course that happened too.

And that was all in the last week.

So, the shovelling out of announcements over the past six weeks wasn't campaigning? Really? #elxn42

Other guys have started their campaigns?. U started yours in 2011 on public dime. #cdnpoli

Steve, you know that the campaigns are never just funded by the parties – what about the tax payer subsidizes – rebates of up to 50% of party spending and 60% of individual spending.

Lets cut the B.S. – you want a longer election so you can out spend the competition. Fair enough, but because you want to spend more the taxpayer will reimburses you more.

And please, let’s not pretend that your ministers routinely turn government announcements into partisan attacks – most recently just yesterday when Rona Ambrose, in a directive to Health Canada described Justin Trudeau stance on marijuana as “irresponsible”.

Your campaign actives began long ago.

It is also appropriate that Canadians have the time to consider the alternatives before them,… because this is an election about leadership on the big issues, the issues that affect us all: Our economy, and our nation’s security.

We need time to consider and debate big issues?  Are you fucking serious?

It is an election about who will protect our economy, in a period of ongoing global instability, and secure Canada’s future prosperity. And it is an election about who is best-equipped to make the tough calls to keep our country safe. A national election is not a popularity contest. On October 19th Canadians will make a serious choice, between proven, real-world experience and a dangerous approach that has failed before and is failing in other countries. Today, as Canadians know, the global economy remains uncertain and unstable. The debt crisis in europe continues to unfold. China is experiencing a significant economic downturn. Economic recovery in the u.S. Continues to be slower than anticipated.

Also, Harper reminds us that elections are not popularity contests, an observation that always makes me snort to myself. #elxn42

I see your point Stephen – you did win a majority government with only 37 per cent of the popular vote.

These events abroad are once again impacting us here at home. Canada has continued to perform well compared to other g7 countries, but we cannot forget our focus or lose our course. Managing our economy remains our government’s top priority. Our choices have been prudent and our actions have been disciplined. As a result, our economy and our employment have grown steadily over six years.

I think that is sort of a lie – but I guess it all depends on how you define “well”.

This is the OECD growth projections for the G7 for next year. (And their outlook for Canada is optimistic.) pic.twitter.com/C6setjI2lG

Our budget is balanced.

Now I know that is a lie. The parliamentary budget officer (a position you created to ensure accountability) has projected deficit of 1.5 billion dollars.

Our social programs have been preserved. And we have lowered taxes for hard-working Canadians, and delivered significant new benefits directly to Canadian families. Now is not the time for the kinds of hazardous economic schemes that are doing so much damage elsewhere in the world.

Now is most certainly not the time for higher taxes, reckless spending and permanent deficits.

Now is the time to stay on track.

I am no expert in monetary policy but I don’t think modest, targeted tax increases and incremental funding of social programs are really what landed Greece in hot eceomonic water.

“He's added $150b in debt with 8 deficits in a row. 1/3 of Senate under rcmp investigation. ” #elxn42 #cdnpoli pic.twitter.com/OEZEsl8dQy

Now is the time to stick to our plan. This election is also about our security,… not merely our security against the normal risks of criminal behaviour,… but our security against the growing threats of an increasingly dangerous world. The rise of the so-called islamic state in the middle east has done more than just create an urgent and horrific crisis in that part of the world. It has also fuelled the violent, global jihadist movement that poses a direct threat to our friends and allies, and to us here at home. Jihadi terrorists have declared war on Canada and Canadians by name,… and last October violent attacks were carried out on our soil. Meanwhile, in europe, Vladimir Putin’s invasion of ukraine and ongoing military aggression continues to threaten the peace and stability won at great price by previous generations. Our government has taken decisive action in response to these threats. We’ve strengthened our legislation to give our security and law enforcement agencies the modern tools necessary to keep us safe. We are part of the broad international military coalition, led by president Obama, against the Islamic state.

Yes – be afraid; the world is a scary place.  But crime rates are at their lowest levels since 1969. Even police ‘solvency’ rates are down – although I admit that I don’t know what that actually means.

Day in and day out, the men and women of the Canadian armed forces do us proud by taking the fight to the terrorists who seek to harm us. And our government has been out front in the world’s response against Russian aggression and for the right of peaceful and democratic countries, like ukraine, to choose their own future. I am proud that, today, Canada takes stands in the world in defence of freedom, peace, and human dignity. Now is not the time for political correctness, inexperienced governance or an ideological unwillingness to act. Now is the time to face those who threaten us with moral clarity, strength, and resolve. We Canadians are truly blessed to live in the best country in the world. In less than two years we will celebrate the 150th anniversary of Canada’s birth as a united country.

Political correctness? Like how hate crimes against muslims are increasing because of your divisive politics?

Maybe you should not focus too much on our international reputation – one that Louise Arbour recently said would take 10 years to repair.

But before this significant moment in our history, Canadians will make a critical decision about the direction of our country…. A decision with real consequences, a decision about who has the proven experience today to keep our economy strong and our country safe. I will be asking Canadians for their support… to continue to deliver sound economic management, and to take the difficult decisions necessary to protect our country’s security. Over the coming weeks I look forward to meeting Canadians from coast to coast to coast as we lay out the next steps in our plan.

But only if Canadians from coast to coast that pass your rigorous event pre-screening – right?

This is really going to be a long election campaign but maybe it is Harper who should be afraid.

Actually, if I was a CPC candidate, I'd be *terrified* knowing I now have to defend my party's record for the next 78 days.