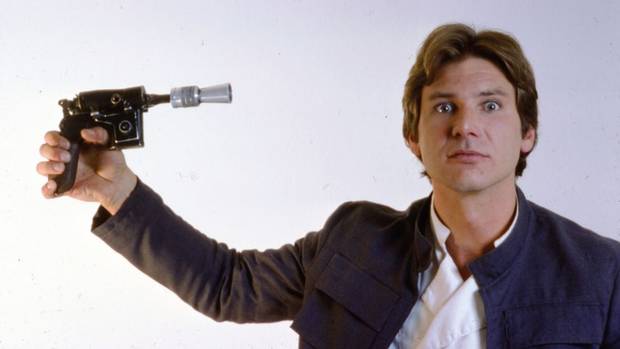 The results are in and everyone won the Maclean’s leaders debate – even the “Prime Minster”.

In reality there were no real winners or losers. There were not any knock out blows and it will remain to be seen if any of what was said will have any lasting impact in the longest election campaign since 1872.

The debate did make one thing crystal clear – nothing is Stephen Harper’s fault.

Harper is Han Solo – minus the spaceship and charm

So let’s look at what exactly Harper claimed during the debate was not his fault.

In 2006 Harper’s environment minister, Rona Ambrose, pledged that “From now on, all industry sectors will have mandatory requirements, and we will enforce those requirements.” In 2013 we were still waiting for regulations.  In 2014 Harper said it would be “crazy” to regulate the emissions of oil and gas producers.  During the debate he blamed North America for his governments lack of environmental action.

Economy, it’s fine and if it isn’t – not my fault

Harper claimed that the budget is balanced – except it is not. The parliamentary budget officer (a position Harper created to ensure accountability) recently projected a deficit of 1.5 billion dollars. But even there actually is a deficit and we are in a recession – it is not Harper’s fault.

Rt. Hon. Stephen Harper:  We know that, beyond our shores, the global economy remains in a state of turmoil and uncertainty. We have falling oil prices, we have market turmoil in China, we have yet another debt crisis in Europe

Love it or hate it, Harper has not been able to get it done. Perhaps the lack of any pipeline progress has something to do with Harper’s complete lack of environmental policy or his antagonistic approach to negotiations – of course not – it’s Obama’s fault.

Rt. Hon. Stephen Harper: In terms of the Keystone pipeline, as you know, that’s a – that’s a situation under control of the United States.

The courts, provinces, and well… everyone but Harper has stalled Senate reform

What about the democratic deficit?  After pledging to never appoint at Senator then appointing a lot of them – including Duffy, Wallin, and Brazeau – it is not Harper’s fault that there has been no Senate reform.

Elizabeth May: Single biggest scandal in Senate is Harper's PMO ordering senators how to vote.

Yes, the Conservatives have a majority in both the House and the Senate. And yes, Harper admitted he instructs his Conservative Senators how to vote – but the Supreme Court told Harper that he could not unilaterally reform the Senate. And some of the provinces are against senate abolition – so reform must be impossible – especially since Harper refuses to meet with the premiers. Again, not Harper’s fault.

Rt. Hon. Stephen Harper:  Well, first of all, I certainly did not name all of the senators that are in trouble. You know, the Senate has been an institution that has these kinds of problems for 150 years. What I will say is this, Paul. My role is not to apologize for the bad actions of othersIf the provinces really believe the Senate should be fixed, tell us how. They’ve opposed that.

The Liberals and NDP say that this election is about change – their podium signs say so (who do I vote for if I am ‘ready for real change’?). 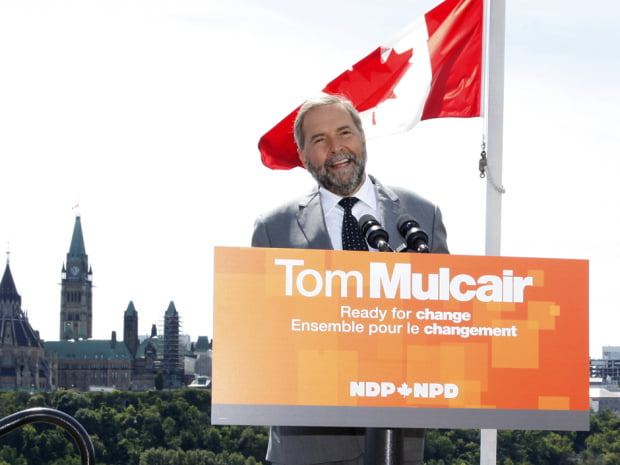 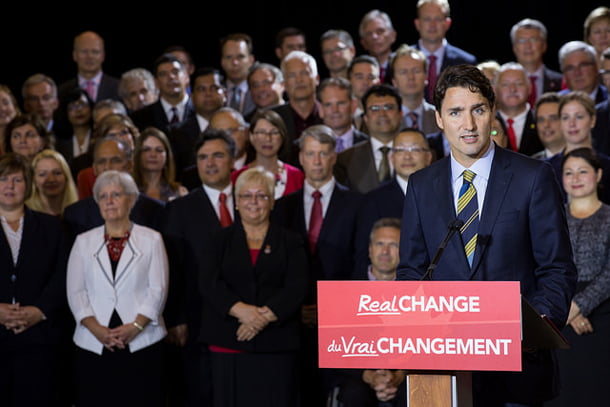 Strangely – responding to Mulcair in the House of Commons last June – even Harper acknowledged that Canadian’s want change. This is a rather puzzling position for an incumbent to take.

Perhaps this is why this is why Harper is so eager shift blame; it is the only viable defence to the change movement.

During the debate Harper told moderator Paul Wells that “the role of a leader is to take responsibility”. He then refused to do so – a position worthy of a stuck-up, half-witted, scruffy-looking nerf herder.