Human and financial costs of drug war just too high 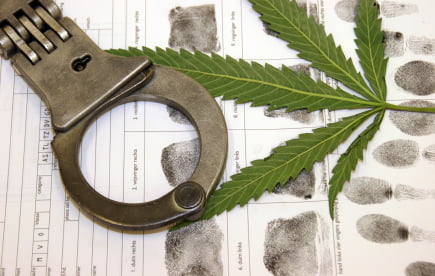 Michael Swan was watching Canada play the United States for Olympic hockey gold while the three young men who would kill him were driving to Ottawa down a dark highway.

The “Toronto three”, as they would come to be known, had a plan to make some easy money: They were going to steal Swan’s marijuana.

Swan was murdered later that night on Feb. 21 2010 — killed by a single bullet that pierced his lung and tore apart his heart.

Swan’s life was taken for a small amount of marijuana; as were the lives of Travis Votour and Amanda Trottier — killed in January 2014, allegedly in a marijuana drug rip, as was the life of Yazdan Ghiasvand Ghiasi, who apparently died over a bag of weed in 2010.

This is the result of the failed war on drugs.

A year ago, the Global Commission on Drug Policy released a report entitled Taking Control: Pathways to Drug Policies That Work. The report provided a substantive analysis of current global drug policy. The Commission was comprised of international experts, former presidents and prime ministers, and former Supreme Court of Canada justice Louise Arbour.

At its core, the commission’s report emphasized that a fundamental shift in policy — health, social and criminal — was required, to alleviate the harms associated with drug use.

The report was unequivocal: The world’s war on drugs has been an abject failure.

As a criminal defence lawyer, this comes as no surprise.

Every day I see the ravages of illegal drugs in our communities.

Canada has a drug problem, but it is a problem of policy. Canadian politicians and our police forces are still waging an out-dated war.

Canada has turned its back on the wave of international reform.

Our Conservative government has legislated mandatory minimum sentences for many drug offences, rejected a therapeutic evidence-based drug policy, and sought to demonize critics as being soft on crime.

Over the past 10 years, arrests for possession of marijuana have increased by 28%. In 2014, approximately 50,000 people were arrested for possessing marijuana. Ultimately about 24,500 of those people ended up in court. The numbers fluctuate.

In 2014, there was a slight decrease nationally in the marijuana charge rate and this decrease was reflected in the local numbers.

However, this slight decrease did little to offset the 10% increase in pot charges seen in the city of Ottawa in 2013 (an increase that was 10 times the national average).

Senseless and needless deaths are only the tip of iceberg.

Our current laws criminalize and stigmatize thousands of people a year.

And who bares the brunt of these costs?

People who are already marginalized, members of over-policed communities, and racial minorities.

Our court dockets are not filled with Rockcliffe kids caught smoking a joint. These kids are cut slack — police decline to charge and prosecutors often divert or withdraw the marijuana charges.

Most of the clients I have represented over the past decade for simple pot possession are poor, from a minority group, or live in an area with a heavy police presence. In our drug laws are echoes of racism and bias.

And we all pay hundreds of millions of dollars a year to continue criminalizing a substance that is no more dangerous than alcohol.

Here, the City of Ottawa is facing a $40-million deficit yet we continue to funnel more and more money to the local police to enforce outdated drug laws.

It appears that Canadians are ready for change. Most Canadians support the decriminalization of marijuana. Change cannot come to soon. And when it does, Ottawa and Canada will see healthier communities, fewer lives destroyed and fewer kids falling victim to the harms of drug crime.