Sentencing and Fetal alcohol disorder: How the Conservatives killed the Bill and the Liberal Response 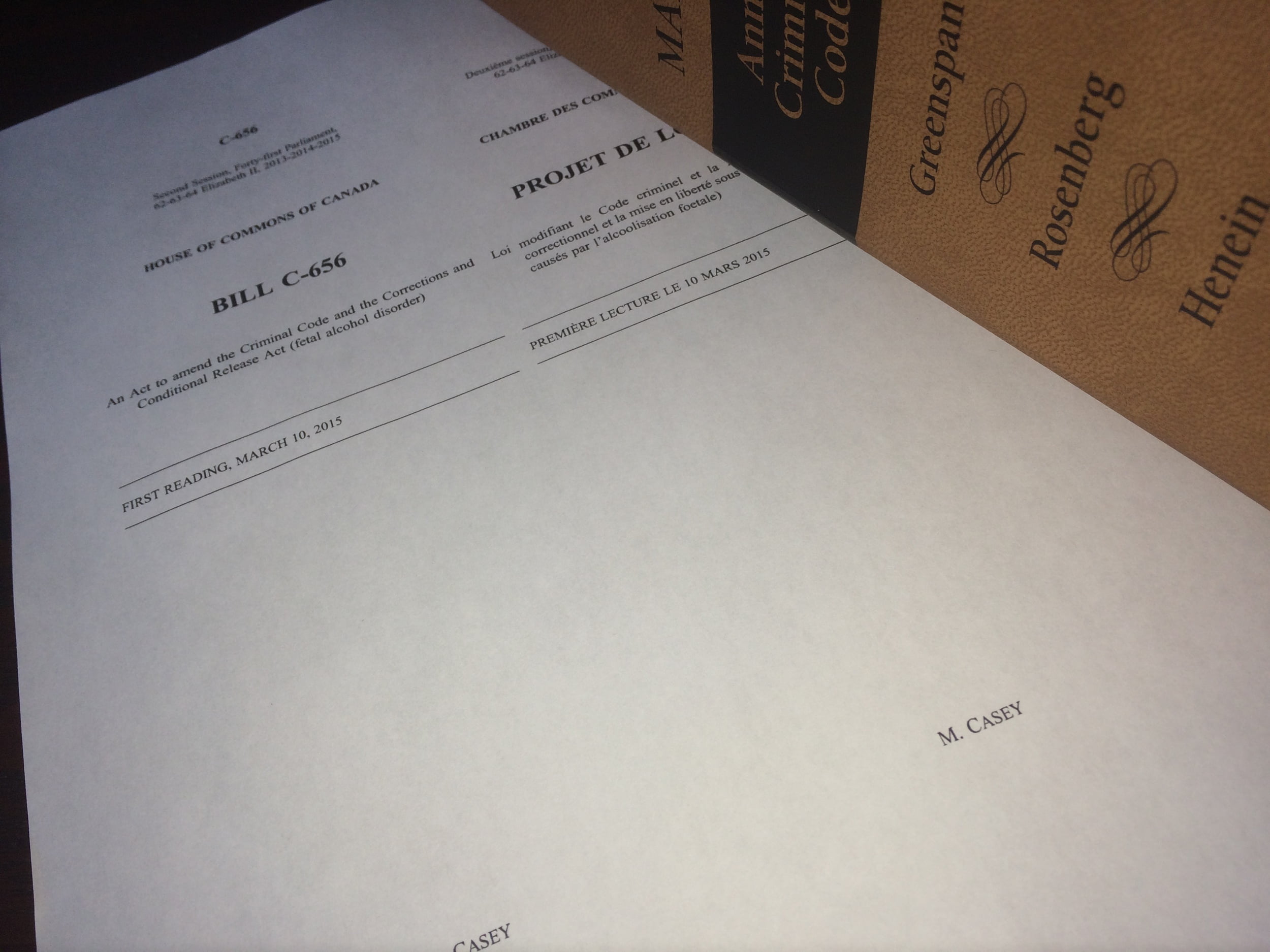 Criminal law is only a rational and effective policy tool when it operates in a principled manner.

If a criminal law’s purpose to deter the commission of an offence there must be evidence that this is what the law will do.  If legislation is sold as enhancing public safety there should be proof that the law will actually accomplish that goal.

It is not enough to give a criminal bill a catchy title.  A law’s effectiveness can’t be judged by a ridiculous name.  If only legislating was that easy.

Turning a bling eye to evidence when crafting criminal law is a dangerous game.  The danger is simple – the law won’t accomplish its stated goal and may have unanticipated consequences.  Criminal laws that are based on ideology run the real risk offending the Charter.  Courts, after all, operate on evidence not politics.

Criminal law is all about applying general principles to the specific circumstances of a particular offence.  After all, it is simply impossible to conceive of every possible fact situation.  This is especially true when it comes to sentencing.  Each offence, victim, and offender are different.  This is common sense.  No two people are the same and no two offences are the same.  Sentencing is indeed an individualized process.

The Conservative’s answer to the infinite diversity of possible fact scenarios has typically been a one size-fits-all and often unconstitutional solution – mandatory minimum sentences.

This week the Liberal Party’s justice critic Sean Casey took a different approach and introduced a sentencing bill that embraces evidence and the idea of an individualized sentencing process.

Casey’s bill does not come with a flashy title.  Unlike the government’s legislation Casey’s bill is all substance over style: An Act to amend the Criminal Code and the Corrections and Conditional Release Act (fetal alcohol disorder).

Casey’s legislation would recognize that fetal alcohol disorder can impact mental functioning, executive functioning, memory, judgement, and impulse control – all factors that should would have an impact in sentencing and offender.

Legislation to assist in the detection of developmental disorders is necessary to ensure sentences recognize the true moral blameworthiness of an offender.  The diagnosis of fetal alcohol disorder and the recognition of its effects fully embraces the ideal of an individualized and contextual sentencing process.  The antithesis of current Conservative policy.

That is not to say there are not some issues with the bill.  Casey’s bill would permit the Court or prosecutor to order a medical assessment over the objection of an accused – at any point during the proceeding.  A forced assessment may be seen as paternalistic but more problematically it could impact trial fairness.

All court ordered assessments are disclosed to the prosecutor and the court.  Often an assessment will contain statements made by the accused to medical professionals about the alleged offence.  There are some protections in the Criminal Code that prevent this type of disclosure from being used against an accused at trial but those protections are not complete.  This is one of the reasons defence counsel are often reluctant to seek court ordered assessments.

To fully recognize the autonomy of an accused and the importance of fair trial rights any fetal alcohol assessment should only be ordered with the consent of the accused or after a finding of guilt.

Perhaps a more interesting question (see how I am burying the lead here) is why has the government not introduced a similar bill?

And then silence – no government legislation.  Perhaps the optics would not have been good for a government who bill itself as being tough on crime.

So it fell to Conservative MP Ryan Leef to introduce a private members bill (which was very similar to Casey’s proposal) – a full four years after Nicholson identified fetal alcohol disorder as a “huge problem”.

Since the bill was not a government bill Leef has to consent to Goguen’s motion – which he did – and the bill died.

Leef claimed that he consented to the death of his own legislation because there was simply no time for it to pass before the election. An explanation that is as flimsy as Nicholson’s pledge to take action in 2010.

Leef’s bill had the support of both the NDP and Liberal Party.  When there is political will behind a bill – even a private member’s bill – royal assent can be swift.  Perhaps a few examples:

So it falls to Casey to do what the government has taken active steps to avoid – advance legislation based on fairness and principle.

But taking steps to deal with the “huge problem” of fetal alcohol disorder is not myopically tough on crime – and it is an election year – and Conservatives can’t help being Conservatives.