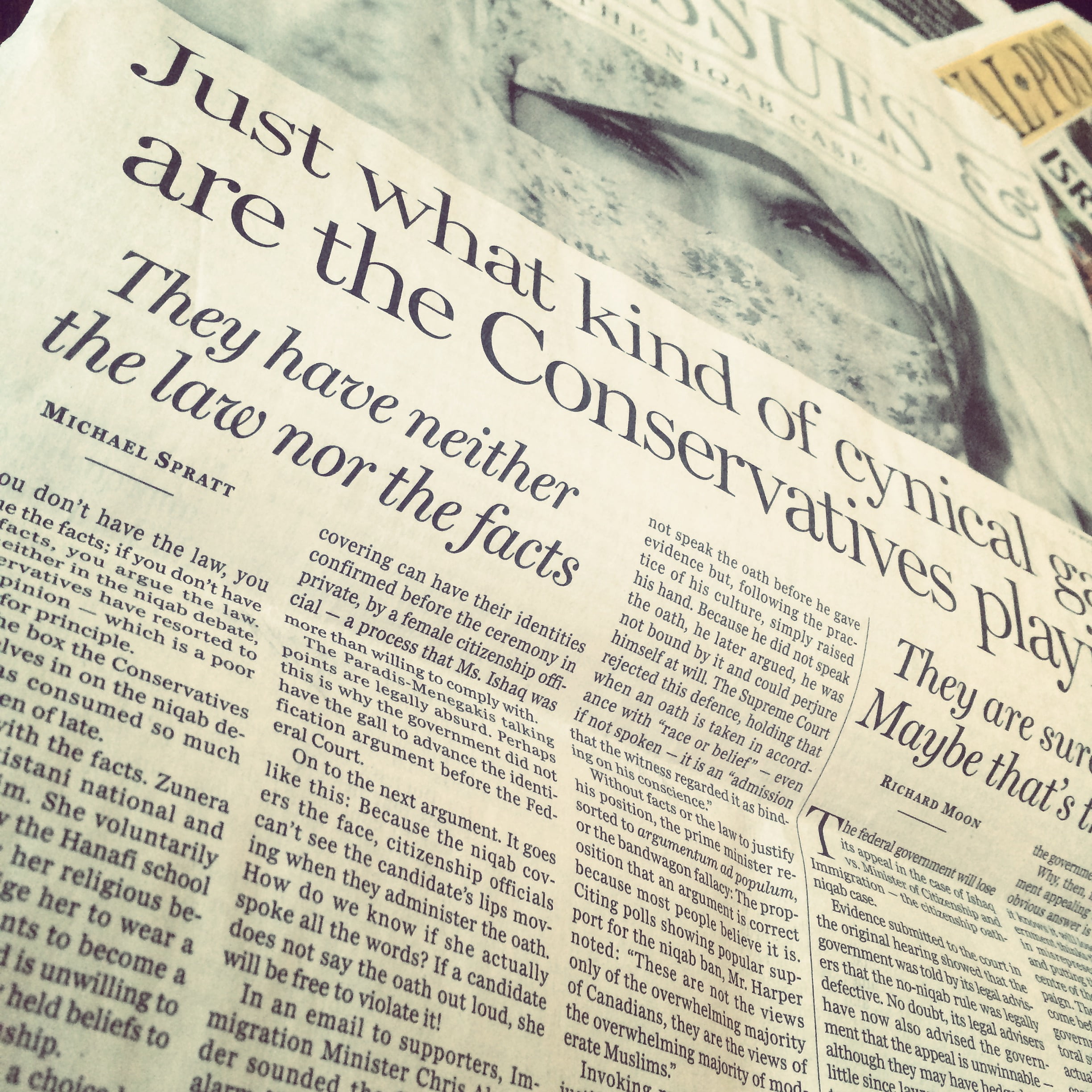 Well look at that.  Yesterday my name appeared in print.  Real life, ink on your hands, newspaper print.

The best part of this is my writing made it past the National Post’s Comment section editor – Andrew Coyne.  I have a bit of a fan-boy crush on Coyne (not that I always agree with him) but it is sort of awesome that he saw fit to print something I wrote.

Perhaps I will try to make this a more regular thing…..

This is the box the Conservatives find themselves in on the niqab debate that has consumed so much political oxygen of late.

Lets start with the facts. Zunera Ishaq is a Pakistani national and a devout Muslim. She voluntarily chooses to follow the Hanafi school of (Sunni) Islam; her religious beliefs, in turn, oblige her to wear a niqab. She also wants to become a Canadian citizen and is unwilling to set aside her honestly held beliefs to take the oath of citizenship.

Ms. Ishaq thus faces a choice between principle and citizenship. In 2011 the then immigration minister, Jason Kenney, issued a directive that all candidates wearing face coverings would be required to remove their face coverings for the public oath-taking portion of the citizenship ceremony. Though there is no evidence of systemic problems or fraud in citizenship ceremonies, Kenny’s edict was clear: Failure to comply is an absolute bar to citizenship.

How can the Conservatives justify such a position and save face after yet another defeat in court, an arena where evidence and principle are paramount?