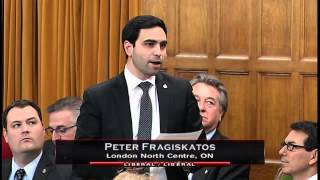 If there is one universal truth it is that nature abhors a vacuum.

In the almost six months since the Liberals stormed to power on a promise of undoing Steven Harper’s legacy vacuous may best describe their progress on the justice file.

Let’s summarize what the Liberals have not accomplished on the justice front: marijuana is still illegal and the disproportionate arrest and prosecution of minorities continue unabated, minimum sentence remain unchanged, punitive parole and pardon legislation are seemingly set in stone, and modernization of the criminal code – not even a whisper.

There has literally been no criminal justice legislative initiative – zero.

Perhaps the only thing stronger than nature’s dislike of empty space is a private member’s love of criminal justice bills. After all, with so little action from Wilson-Raybould’s office something has to fill the legislative void.

Unfortunately, private members have no business drafting criminal justice legislation (at this point you can skip the next few paragraphs and just read Dale Smith’s excellent National Post piece).

Bottom line, if the government wishes to criminalize behaviour – with the loss of liberty as a consequence – then the government should cowboy up and write the laws itself.

Practically, private member’s bills result in piecemeal amendments to the Criminal Code that needlessly increase complexity, duplication, and incoherence. Private member’s bills are also immune from the mandatory constitutional review that applies to all government bills. Essentially there is no upfront oversight, screening, or cost/benefit analysis.

The biggest problem is that more often than not private member’s bills are just poorly drafted. Take for example rookie Liberal MP Peter Fragiskatos’s bill C-242 which seeks to criminalize the infliction of torture by non-government actors.

As it stands the Criminal Code only prohibits torture at the hands of the state.  But this does not mean you are free to strap electrodes to your neighbours testicles and turn on the power.

This, according to Fragiskatos is not a sufficient toolbox to deal with the rampant torture present in Canadian society.

Fragiskatos’s bill makes clear its main purpose in the preamble, “Whereas torture includes acts of brutality that may be life-threatening and may far exceed what might normally be included within the offence of aggravated assault, which carries a maximum punishment of 14 years of imprisonment. And whereas a maximum punishment of life imprisonment would better reflect the harm that is caused to a victim of torture”.

So, to correct the serious problem of the availability of only a 14 year sentence Fragiskatos’s bill imposes a maximum sentence of life in prison for private torture.

The premise of the bill appears logical but only if one ignores the fact that murder, kidnapping, and a variety of associated charges all already can be punished by life in prison.

But here is the real problem: The current maximum punishment for torture at the hands of the state is only 14 years.  A punishment Fragiskatos says is inappropriate.

Or maybe his private member’s bill is just poorly drafted?

Fragiskatos’s torture bill goes on to incoherently define private torture both more broadly and more narrowly than the existing definition of state torture. I know – this is confusing – but that is sort of the point….

Don’t get me wrong – torture is a bad thing. But Fragiskatos’s torture bill is a mess that will create far more problems than it will ever solve. The scrutiny and review that government bills receive would likely have exposed these major flaws.

Badly drafted, error filled, and incoherent private member criminal justice bills are a dangerous and wasteful use of scarce parliamentary resources.  They do a disservice to the legislative process.

Quite simply, sloppiness on this level would never be tolerated on economic issues but when the issues are not about money but liberty – meh.

I suppose if the government were really serious about torture a good first step would be to follow the advice of dozens of human right’s leaders and ratify the United Nation’s Optional Protocol to the Convention against Torture and other Cruel, Inhuman or Degrading Treatment or Punishment.

So why then resort to a poorly drafted crime bill that creates more problems than they solves? Well, it does fill the void