Let’s see how this works out.  I am going to be writing a bi-weekly column for the Ottawa Sun.  How could this possibly go wrong – I have only been blocked on twitter by a dozen Sun News personalities.

For my first column I took a look at the Ottawa Police force’s flawed logic on the issue of gangs and guns.  In their over reaction to a small sample of incidents they have doubled down of failed strategies and ignorantly clung to counterproductive ones (see carding).

Speaking of carding the Ottawa police will be presenting a report to the Police Service board on their use of carding – surprise, surprise – their report owns that minorities are over represented.  The police say they don’t target minorities – only criminals.  I have asked the police to clarify but it sounds like they are saying minorities are more likely to be engaged in criminal activity. Seriously?!?

Hey @OttawaPolice – can you explain the difference between racial profiling and criminal profiling re #carding? Thanks.

Lets wait to see what the boys in blue say at the meeting but I don’t hold out much hope for any intelligent responses given that the Ottawa police have continually advocated for a practice that has attracted so much justified condemnation everywhere else. 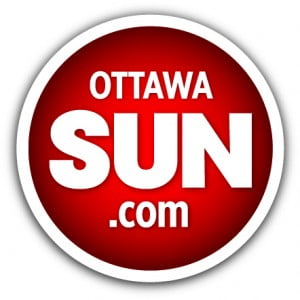 Unfortunately, the Ottawa police have been nothing but consistent with their public response to the serious issue of gang-related violence.

Their approach — on a myriad of fronts, including “carding” — may be making the problem worse, instead of better.

Last year ended with a flurry of shootings, and 2014 was branded the “year of the gun” — a clever, but ultimately meaningless moniker.

That sounds like a big increase, but in reality the number of shootings increased by 18 incidents. Any statistician will tell you that generalizations based on small sample sizes can obscure the truth and over emphasize normal fluctuations. When it comes to evidence used to justify important public safety decisions, size does matter.

The truth is that crime rates are in decline.

Just this week Statistics Canada confirmed that crime rates have reached their lowest point since 1969. Our streets are safer now than they were in our idealized childhoods.

Let’s be clear, there is no argument that gun violence isn’t a serious social ill. Even a single shooting creates victims and represents an unacceptable danger for our city and its residents. This is precisely why there needs to be concrete and effective measures to address gun violence.

The Ottawa police’s response was to double down on strategies that, by their own logic, have failed.

In January, Police Chief Charles Bordeleau announced an “increased enforcement strategy” doubling the number of investigators assigned to the Guns and Gangs unit, an effort that has since ended.

This time last year, police reported 18 shootings; there have been 20 shootings to date this year.

According to the police force’s flawed logic Bordeleau’s response can be characterized as nothing but an abject failure.

But the police’s response to the gang problem is worse than just ineffectual.

Looking at other practices, such as “carding,” it would seem that the police are probably making matters worse.

The Ottawa police have stridently defended the practice of “carding” — questioning individuals to collect personal information in the absence of any proven link to a criminal offence.

Bordeleau has characterized street checks as a key intelligence tool “to help solve and prevent crime.”

Why is carding illegitimate and disrespectful? There is ample evidence to suggest that minorities, especially young black males, are stopped and questioned by the police more frequently than their white counterparts.

A recently released Ottawa police report, which will be presented to the Police Service Board next week, indicates that between 2011 and 2014, officers carded more than 23,000 people of whom 20% were “black” and 14% were “Middle Eastern” — despite the fact that individuals identified as “black” and “Middle Eastern” only make up 5.7% and 3.7% of the population.

The data provides clear proof that minorities are over represented.

Carding and over-policing of racial minorities and communities is a perfect method to do just the opposite.

The Ottawa police force seems content to rely on flawed evidence to justify practices that inevitably increase fear, sow mistrust and destroy any chance of positive relationships with youth in at-risk communities.

The definition of insanity is doing the same thing over and over again and expecting different results.

Perhaps it is time for the Ottawa police to try something else.