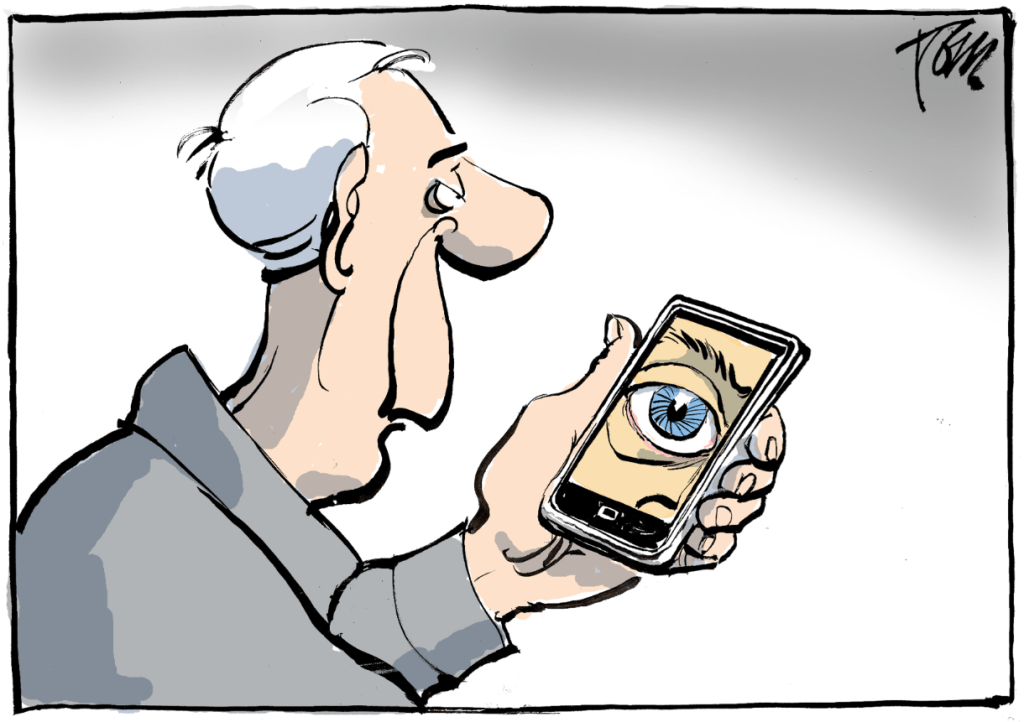 The government refused to provide any comment, however Rob Nicholson (Minister of National Defence) stated:

Mr. Speaker, I cannot comment on specific foreign intelligence activities or capabilities. That being said, as I pointed out before, this organization is prohibited from targeting Canadians.

Nicholson was either kept in the dark by CSEC or he being was less than frank.

As it turns out CSEC has been targeting Canadians.  Documents released by Snowden last week confirm that Canada’s spy agency collected and used electronic information obtained from passengers traveling through a major Canadian airport.

The covertly obtained personal electronic information was used to track the wireless devices of thousands of individuals – sometimes for days after they left the airport.   Individuals initially targeted at the airport were tracked to hotels, other airports and various WiFi access points in destination cities.

CSEC did not deny the veracity of the Snowden documents and issued a statement acknowledging and defending the covert collection of Canadian metadata.

Yet the Nicholson and the Conservatives continue to maintain that Canadians were not targeted:

Mr. Speaker, it is my understanding that CSEC made it clear to the CBC that nothing in the documents they had obtained showed that Canadian communications were targeted…

It was never alleged that communications were collected- the Snowden documents disclosed that metadata – data about data – was targeted.

The Supreme Court of Canada recently found there to be an increased privacy level in electronic data (including metadata):

Computers store immense amounts of information, some of which, in the case of personal computers, will touch the “biographical core of personal information” referred to by this Court in R. v. Plant, [1993] 3 S.C.R. 281, at p. 293.  The scale and variety of this material makes comparison with traditional storage receptacles unrealistic.

As the appellant and the intervener the Criminal Lawyers’ Association point out, computers contain information that is automatically generated, often unbeknownst to the user.  A computer is, as Gold put it, a “fastidious record keeper”: para. 6. Word-processing programs will often automatically generate temporary files that permit analysts to reconstruct the development of a file and access information about who created and worked on it.  Similarly, most browsers used to surf the Internet are programmed to automatically retain information about the websites the user has visited in recent weeks and the search terms that were employed to access those websites. Ordinarily, this information can help a user retrace his or her cybernetic steps. In the context of a criminal investigation, however, it can also enable investigators to access intimate details about a user’s interests, habits, and identity, drawing on a record that the user created unwittingly … This kind of information has no analogue in the physical world in which other types of receptacles are found.

Contrary to the Conservative position CSEC’s covert spying cannot be defended on the basis that the organization was only targeting metadata.

Afterall, the topic of metadata and privacy is nothing new for the Conservatives.  The recent cyber-bullying legislation – bill C-13 – focused to a large extent on the collection of metadata.  I have been critical of the relaxed privacy standards found in C-13 – however even C-13 requires some judicial oversight (reasonable suspicion) for the state to seize metadata information.

There appears to have been no oversight or supervision of CSEC’s collection of data.

One may also question how CSEC obtained the metadata?

Was CSEC able to independently obtain data via private WiFi connections – a scary thought. Alternatively, were telecommunication companies acting in concert with CSEC – perhaps even scarier.

Despite government spin there is good reason to believe that CSEC’s activities exceeded the scope of their mandate, were inconsistent with Charter principles, conflicted with Supreme Court rulings, and were illegal.

More troubling than CSEC’s activities is the egregious abdication of responsibility on the part of the Conservatives.