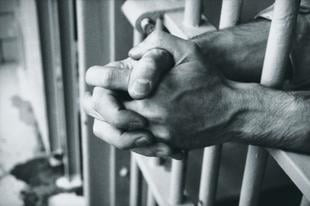 This year may not prove to be any better for the law-and-order party.

Today, the Supreme Court of Canada heard arguments on yet another plank in the government’s ‘tough on crime’ policy platform: Bill C-25.

C-25, the Truth in Sentencing Act, imposes strict limits on the amount of credit that an offender can receive for time spent in jail before a verdict (also known as ‘pre-sentence’ custody).

The truth is that there is little empirical support for the government’s justifications on limiting judicial discretion when it comes to to the consideration of an offenders time spent in pre-sentence custody – C-25 is yet another example blind ideological legislation.

I wrote about this issue yesterday – the full article can be found at ipolitics.ca.

I also testified before the Standing Senate Committee on Legal and Constitutional Affairs when the Senate considered the bill C-25 – suffice it to say that I did not support the legislation.

It is also quite telling that even David Daubney, a senior policy advisor in the Department of Justice and a drafter of the bill, testified that he did not dispute the evidence undermining C-25 (that evidence can be found here).

C-25 is the work of a government pursuing a reckless approach to criminal justice. Worse, the government seems to be quite aware of this. Mr. Daubney candidly told Parliament that:

“Frankly, (C-25’s) impact will be that courts trying to do justice will find that in many cases the circumstances (of pre-sentence custody) do justify (enhanced credit), but we’ll have to see how that plays out.

“I think judges will try to the right thing. Another possibility is that they will lower the sentence they would have given in order to somehow take into account any unfairness.”

Which is exactly what happened. Every level of court — including the Ontario Court of Appeal — interpreted the restrictive provisions of C-25 as broadly as possible in an attempt to avoid unfairness … just as Mr. Daubney predicted.

Courts are a crucible designed to reveal truth – perhaps this is why Conservative criminal justice policy has repeatedly failed to passed the test.