If you have nothing to hide….. 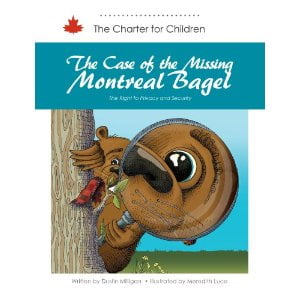 Last week I wrote about the shocking Snowden revelations that the Communications Security Establishment Canada (CSEC) spied on Canadians – in Canada.

Secret Documents released by Snowden confirm that Canada’s spy agency covertly obtained personal electronic information which was then used to track the wireless devices of thousands of individuals – sometimes for days.  Individuals initially targeted at a major Canadian airport were tracked to hotels, other airports and various WiFi access points in destination cities.

Perhaps more disturbing than CSEC’s targeting of Canadian’s is the Conservative government’s defense of the surveillance activities.

Despite the government’s spin there is good reason to believe that CSEC’s activities exceeded the scope of their mandate, were inconsistent with Charter principles, conflicted with Supreme Court rulings, and were illegal.

Today in an excellent post Michael Geist wrote about the expanding surveillance state and what Canadians can do to bring about a reform of Canadian surveillance law and policy.

The question is – will Canadian’s take up Geist’s call to arms?

Sadly some of the reaction to the Snowden revelations does not inspire much hope – as Dan Gardner tweeted:

CBC says reaction to CSEC/airport spying story overwhelmingly supports it! “If you have nothing to hide..” etc. Ah, democracy.

The refrain of “if you have nothing to hide” exemplifies the governments position on surveillance and privacy – after all it was the Conservative Minister of Public Safety Vic Toews when discussing internet privacy said that his opponents could  “either stand with us or with the child pornographers”.

It is easy to fall back on the tired refrain of “if you have nothing to hide” when there is little chance you will be the subject of scrutiny.

This sentiment is expertly articulated by former Supreme Court Justice Louise Arbour in her recent criticism of the Quebec Charter of Values:

Let us remember how easy it is to restrict the freedom of others, especially when this initiative comes at no cost to those who advocate it.

The reality is that the impacts of liberal search and surveillance laws can disproportionately affect certain groups in society that may already be marginalized and over policed.  Not surprisingly those who advocate the erosion of privacy in defence of CSEC are the least likely to ever feel any impact.

It may be wise for the proponents of expanded state surveillance to recall Cardinal Richelieu’s famous quote:

If you give me six lines written by the hand of the most honest of men, I will find something in them which will hang him.

I suspect that Richelieu may too esoteric for my intended audience.  Perhaps a more appropriate and accessible text is Dustin Milligan excellent book: The Charter for Children The Case of the Missing Montreal Bagel.

Ultimately the rule of law – including the protection of an individuals right to privacy – is designed to act as a bulwark against state power.

Recent events have demonstrated that this bulwark is being eroded – as Professor Geist suggests – what we need now are Canadians to speak out and to demand an open review and reform of Canadian surveillance law and policy.