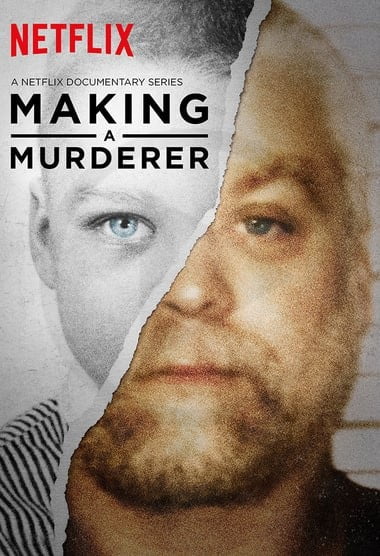 The super-popular Netflix docu-series Making a Murderer has taken popular culture by storm (some people — like me — have even been podcasting about it).

Anyone who has watched the Wisconsin real-life drama has an opinion about Steven Avery’s 10-year saga with the justice system. Definitively exonerated after serving 18 years in prison for a violent sexual assault he didn’t commit, Avery was later charged with the kidnapping and murder of 25 year-old Teresa Halbach.Opinions may differ as to whether Avery, in fact, murdered Halbach, but it’s abundantly clear that there are aspects of Avery’s subsequent investigation and prosecution that do not accord with what we would expect to see in a fair trial. Serious and legitimate questions have been raised about police officers with declared conflicts of interests searching and seizing evidence, confessions painstakingly extracted from an intellectually limited child, and overzealous prosecution tactics.There many be questions about Avery’s guilt or innocence in relation to the Halbach case, but one thing is crystal clear: Avery was the victim of a miscarriage of justice in relation to his first conviction when the Wisconsin police supressed evidence, ignored legitimate leads, and engaged in tunnel vision of the most odious kind.Avery’s circumstances are so extreme that it’s easy to think Making a Murderer could never happen in Canada. It’s tempting to believe that we’ve learned from past mistakes and have all the necessary safeguards in place to ensure that wrongful convictions can be avoided. But in reality, miscarriages of justice can and do happen in Canada. Complacency about their possibility is foolishly naïve.But it seems hard lessons from our recent history are soon forgotten. Last month, Michael Arntfield, a Canadian professor, criminologist, and former detective, wrote in the Globe and Mail : “Are there Steve Averys in Canadian prisons, maintaining their innocence in a horrific crime, with substantial proof of police evidence tampering? The short answer is probably not — not any more.”Great! Lessoned learned. Move along. Except Arntfield is dangerously wrong.In the same week that Arntfield dismissed the idea of Canadian wrongful convictions, there were two major stories in the national news media regarding cases with exactly the kinds of problems highlighted in Making a Murderer. Take, for example, Connie Oakes, whose case is before the Alberta Court of Appeal. Oakes was convicted of second-degree murder in the stabbing death of Casey Armstrong. She was convicted primarily on the basis of the now-recanted statement of her former roommate, Wendy Scott, who pleaded guilty to second-degree murder in exchange for a reduced period of parole ineligibility.Like Avery’s 16-year-old nephew, Brendan Dassey, who was offered similar deals by the investigators in his case, Scott had intellectual deficits and was repeatedly interrogated by Medicine Hat police.Notwithstanding multiple inconsistencies and admitted lies in Scott’s statements to police, a complete absence of any forensic evidence implicating Oakes in the crime, and a bloody boot print in men’s size 11 whose wearer was never identified, Oakes, who always maintained her innocence, was convicted of second-degree murder. Scott’s own conviction has since been overturned by the Alberta Court of Appeal, which ordered a new trial with the consent of the Crown on the basis that the evidence at her trial did not support a conviction for second-degree murder. The same week Artfield dismissed Canadian wrongful convictions, Justice Susan Lang’s report into the Motherisk Hair Testing Laboratory in Toronto was released. Lang concluded the hair testing, which was said to detect the presence of noxious substances and which was used as the basis of thousands of child protection cases and six criminal convictions, was “inadequate and unreliable.”The Globe and Mail’s Andre Picard cautioned: “In real life, science is rarely that magical. Things like hair testing provide some information, but it requires much interpretation and even more caution.”A fair and just criminal justice system relies on all of its parts to operate perfectly. The police must investigate appropriately, Crown attorneys must act ethically, triers of fact must be untainted by bias, and defence counsel must be vigorous in their client’s defence. If one aspect of the system breaks down, we are but a hair’s breadth from an unjust outcome.Our criminal justice system requires constant vigilance. After all, any system that requires all of its parts to operate without any error is hardly perfect.In order to give full effect to the presumption of innocence, police, prosecutors, and judges must constantly question evidence and always approach its assessment as if guilt remains an open question.Developments in police techniques and forensic science will in some instances make a positive contribution to the search for the truth, but the possibility that these developments may be misinterpreted or their significance inflated is an ever-present danger — not to mention the fact we must never discount the possibility, however remote we may want it to be, that in a future case zealousness overtakes reason and an Avery-like perfect storm of malice, incompetence, and complacency touches down in this country.Right now, there is a Steven Avery locked in a Canadian prison. The danger of future wrongful convictions can only be mitigated through constant vigilance. Wilful blindness to that reality does a disservice to the justice system.