Take your stinking paws off the justice system you damn, dirty politicians 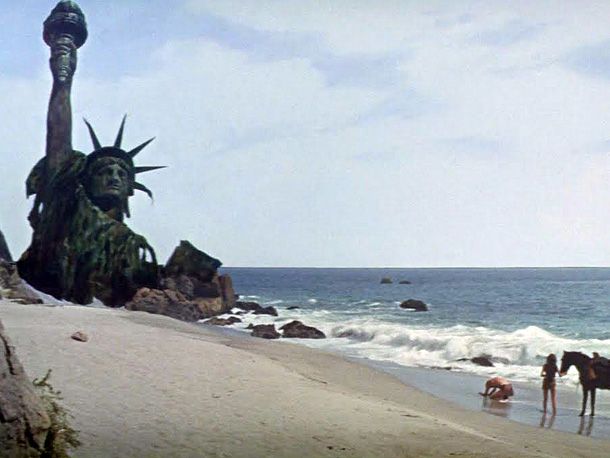 The Canadian justice system is one of the pillars that supports our democracy. The rule of law gives people a legal recourse to hold those in power to account. As the French ecclesiastic, preacher, journalist and political activist Jean-Baptiste Henri-Dominique Lacordaire said, “Between the rich and the poor, between the master and the servant, between the strong and the weak, it is freedom that oppresses, and the law that sets free.”

Lacordaire was right. The purpose of law in a free and democratic society is to liberate, not to restrain. Our legal system and its independence from political interference helps contribute to a just society where power is constrained so that freedom and safety are available to all.

But this is a fragile system, built on trust in its legitimacy. That, however, has not stopped politicians from trying to place their thumbs on the scales of justice.

The message to those seeking to interfere in the administration of justice must be clear. Take your stinking paws off the justice system you damn, dirty politicians.

Because thumbs are pressing on the scales all too often and the attitude of those involved is a casual indifference to the long-term damage they are causing.

Let’s start with the low-hanging fruit — the SNC-Lavalin scandal. There can be no clearer example of attempted political interference.

The facts of the SNC scandal are actually pretty straightforward. Jody Wilson-Raybould told Prime Minister Justin Trudeau that she would not exercise her exclusive, independent authority and take the unprecedented step of overruling the decision of the independent prosecutors not to cut SNC-Lavalin a remediation agreement. Wilson-Raybould was then repeatedly pressed to change her mind.

It was not only made clear to Wilson-Raybould that the PMO wanted her to reverse her decision but that desire was linked to political considerations.

After all, there was an election approaching and, according to Trudeau’s senior advisor, Mathieu Bouchard, the PMO could have the best policies in the world but they needed to get re-elected.

Even if one were to accept Trudeau’s constantly changing explanations and justifications for his government’s actions on the SNC-Lavalin file, the end result is clear: The government attempted to exert influence on a judicial proceeding.

But SNC-Lavalin is far from an isolated incident; it is part of a disturbing pattern.

There also have been allegations of political interference in the criminal prosecution of Vice-Admiral Mark Norman. And after SNC-Lavalin, it is difficult to blame those who have a jaded view of the government’s protests of innocence.

Even before charges were laid, Trudeau was weighing in, saying, “This is an important matter that is obviously under investigation, and will likely end up before the courts.” It is completely inappropriate for politicians to comment or opine on the direction of a police investigation. But Trudeau doubled down and told a town hall audience that the Norman matter was going to end up before the courts — even though the RCMP was still investigating.

But this all made more sense after it was revealed that Trudeau, furious over cabinet leaks about the shipbuilding contract with Chantier Davie Canada Inc., was the one who pushed for the RCMP to get involvedin the first place.

Then, after Norman was charged, it was revealed that supposedly independent prosecutors were cozying up to the Privy Council Office to discuss courtroom strategy. And then the government resisted the disclosure of relevant documents to the defence — including a 60-page memo sent by PCO clerk Wernick to Trudeau — a memo that had been entirely blacked out.

“So much for the independence of the [Public Prosecution Service],” said Ontario Court Justice Heather Perkins-McVey.

One could certainly be forgiven for being left with that impression.

And then Parliament, seemingly unable to untangle itself from the justice system, unanimously issued an apology to Norman.

And while the Norman leaks angered Trudeau and led to an RCMP investigation, it seems that Trudeau has given a pass to the “well-placed sources” who leaked confidential judicial information to the press in an ill-advised post-SNC-Lavalin-scandal attempt to discredit Wilson-Raybould.

The leaks allege that Wilson-Raybould wanted to nominate Glenn Joyal, chief justice of the  Court of Queen’s Bench of Manitoba, to the Supreme Court of Canada. Trudeau thought Joyal was too conservative. Joyal had been critical of an expansionist view of the Charter. He thought, as many do, that Parliament should make laws, not the courts. This is hardly a controversial belief, but from this Trudeau extrapolated that Joyal was not “committed to protecting rights that have flown out of interpretation of the Charter of Rights and Freedoms, particularly LGBTQ2 rights and even abortion access.”

A sitting judge was smeared and the legitimacy of the judiciary and the judicial appointment process was damaged — all because the government was angry with Wilson-Raybould.

But inappropriate political interference in the justice system doesn’t follow strict party lines. The Conservatives, who have long used the justice portfolio as a political weapon, desperately implored Minister of Public Safety Ralph Goodale to intervene in the Terri-Lynne McClintic case. McClintic, a child killer, was transferred to a medium-security healing lodge. The proper procedures were followed, but the Conservatives disagreed with the transfer and saw an opportunity to score political points.

The last thing we should want is politicians deciding where individual offenders serve their sentences. But the Conservatives, adorably unaware of the hypocrisy they would set themselves up for, begged to differ. They placed their thumbs on the scales of justice and then Goodale capitulated and McClintic was moved to a different facility.

So, maybe, the Conservative outrage over possible political interference in the SNC-Lavalin and Norman cases was all just theatre. This is after all the same Conservative party that, under Stephen Harper,  publicly feuded with Beverley McLachlin when she was chief justice of the Supreme Court.

All the politicians are behaving badly and there is a huge cost.

The legitimacy of our justice system is fragile. Pull on one thread and the whole thing can unravel. But, of late, our politicians are not content to simply tug at one golden thread. Instead, we have seen the prime minister and his well-placed sources pressure and smear Wilson-Raybould, comment on that ongoing investigation, stonewall the disclosure of information, resist independent inquires and throw a sitting judge under the bus. The opposition sought to micromanage correctional decisions and the government cowardly bowed to that pressure.

This is a dangerous precedent that risks undermining an important democratic institution. Because, when the public loses confidence in the justice system, when the RCMP becomes a pawn of the government, when prosecutions are built on politics and when we lose trust in judges, there will be no going back.

We will be left slamming our fists in the dirt screaming like Charlton Heston in Planet of the Apes, “We finally really did it. You maniacs! You blew it up! Ah, damn you! God damn you all to hell.”