Stow that spliff, Canada — you won’t be lighting up legally for a while yet 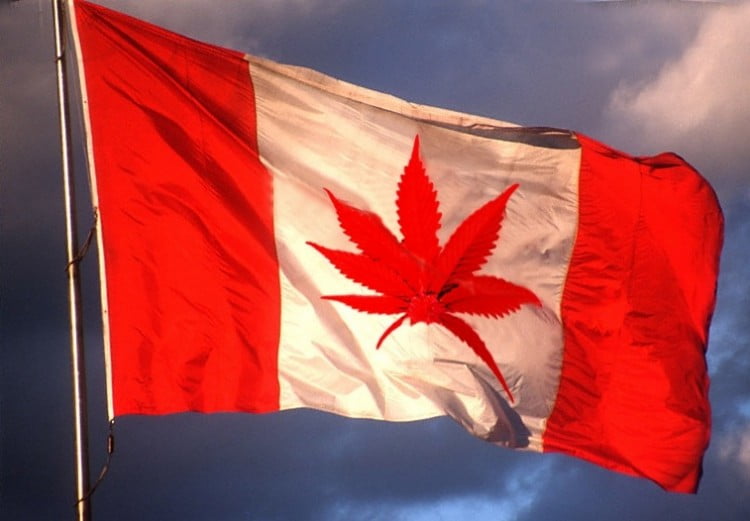 This article first appeared in iPolitics on October 26, 2015.  Go there.

When the smoke cleared on Oct. 19, Justin Trudeau and his Liberal party had a majority government — a ‘positive’ and truly ‘progressive’ government … at least according to the people on my social media feed.

Let’s pump the breaks on that narrative. After decade of government driven by a hard-right ideology, our ideas about what constitutes ‘progressive’ might be somewhat jaded. It’s a stretch, for example, to call the Liberals’ tax policy progressive; it does nothing for the poorest and most of those calling themselves ‘middle class’ will see less than a hundred dollars in tax savings.

So either the Liberals have done a fantastic job of marketing their platform as more enlightened than it really is, or my Facebook friends are less left-leaning than their hipster beards and artisanal urban gardens would suggest.

In fact, one of the few areas in the Liberal platform where I can see hope for progress is in criminal justice reform. Yes, the Liberals backed the C-51 spy law — a case of principles taking a back seat to political triangulation — but they did vote against the Conservatives’ harmful prostitution law, retroactive increases to pardon ineligibility, restrictions on conditional sentences, punitive victim fine surcharges and the elimination of the ‘faint hope’ clause. Trudeau also confirmed his party would evaluate the use of mandatory minimum sentences. All good ideas.

Perhaps the most progressive plank of the Liberal justice platform is the promise to legalize and regulate marijuana “right away”. But “right away” could very well end up taking a long, long time. (Those of you planning to burn one down outside the nearest cop shop — take note.)

Let’s just get this out of the way right now: Canada’s war on drugs has been a complete and abject failure. Yes, Canada has a drug problem — but it’s a problem of policy, of approach. What we’re doing hasn’t worked. In fact, it has made matters far worse.

There is no need to engage here in an exhaustive review of the history of the drug wars, from the 1908 Opium Act through to modern day mandatory minimum drug sentences. The record is clear: the criminalization of narcotics has failed to eliminate, or even curb, the ill effects of recreational drug use. The consequences of the tough-on-crime approach to drugs are demonstrated daily — in the violence on our streets, in our swollen prison system.

And if the criminalization of drug use does more harm than good, the criminalization of marijuana use represents the triumph of ideological lunacy over common sense. Every year, scores of young men and women are killed over relatively small amounts of pot — killed because marijuana is illegal, making it the focus of a vastly profitable and violent black market.

Marijuana criminalization imposes unreasonable penalties on a relatively low-risk vice. Having a drug record limits your opportunities to travel, to seek new employment. And those penalized are almost always those already marginalized — people living in low-income, over-policed communities, members of visible minorities. Why do we seldom see well-dressed white kids from the suburbs on the docket for a small-scale possession charge? Because these kids are almost always cut the maximum amount of slack; police will let them off with a warning, or prosecutors will divert or withdraw the charges.

The only people who benefit from the criminalization of marijuana are criminals themselves — the violent black market organizations who make vast sums from a substance no more dangerous than alcohol. In fact, they’re making money off the taxpayer: we spend hundreds of millions of dollars annually to enforce drug laws that end up artificially inflating the price of marijuana. If you want to know who’s really upset by the idea of legalization, look no further than your nearest Hells Angels chapter.

When you think about it, legalizing pot isn’t really all that ‘progressive’ at all. It’s just obvious. Low-hanging fruit.

But you don’t tear down a century’s worth of law enforcement overnight. Legalization may sound like a simple act — no more complicated than removing marijuana from the Controlled Drugs and Substances Act. In practice, it’ll probably be much more difficult.

The federal government has the power to legislate criminal law but, as with alcohol, regulation of non-illegal substances falls to the provinces. Legalization will require provincial and municipal lawmakers to buy in. Some will be enthusiastic. Others won’t. There will be foot-dragging in some quarters. The result may be a patchwork of rules at best — and outright obstruction at worst.

And let’s not lose sight of the fact that there is a nascent industry here in recreational marijuana, and we still have no clear idea of how it might work. We don’t know what will be required in terms of production and supply (regulated and centralized, or grow-your-own?), distribution and taxation. The legislation, when it comes, will be very complex. Passing it will entail political risk — no matter what the polls say now.

And just how committed are the Trudeau Liberals to seeing this through, if the political headwinds get too strong? The example of recent history does little for confidence; in 2009 Trudeau and his caucus voted for C-15, a bill to impose a six month minimum sentence for growing six pot plants.

So what changed between 2009 and the recent federal election? Was it a change of heart or political calculation? Is Trudeau serious this time — or is he just blowing smoke?