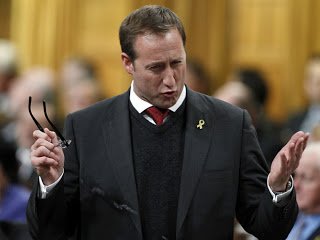 A reminder about the absurdity of mandatory victim fines

Historically judges had discretion whether or not to impose a victim fine surcharge upon conviction.  One of Mackay’s first acts as Justice Minister – and part of his mantra of victims’ rights – was to double the fine and make it mandatory.  Judges no longer have the power to waive the fine in appropriate cases – they must impose it.

The problems with a mandatory victim fine should be obvious.

For many people convicted of an offence, a mandatory victim fine of even $100 can represent a significant amount of money.  The imposition of the fine – a debt which is now part of the sentence – can represent an undue financial hardship to convicted people who already reside at the margins of society.

Importantly and unjustly the simply inability to pay the mandatory fine can lead to incarceration – jail because you are too poor to pay.

Imagine a homeless accused who steals food because he is starving, or an alcoholic accused living on the street who breaches a bail condition by taking a drink.  These are the types of offenders that are being ordered to pay the mandatory victim fine for minor and non-violent crimes.

In many cases these minor crimes are victimless (like the alcoholic taking a drink of alcohol) or the victim is a big box stores (the theft of food).

A mandatory fine in these types of cases can actually impede offender rehabilitation, result in further incarceration, and may actually contribute to further offences.

MacKay’s law does not assist victims – it creates them.

In this context lets examine what MacKay told the Ottawa Citizen today.

MacKay first says that offenders who can’t afford the mandatory victim fine surcharge should consider selling their belongings to pay the fine.

Is MacKay suggesting that the homeless man who stole because he was starving can simply sell his possessions to pay the fine?  The man is homeless – he has nothing to sell – that is why he stole.

MacKay’s suggestion is ludicrous, demeaning, and demonstrates just how myopic and misguided his views are.  It is astonishing that any person displaying the logical deficit (or pure callousness) displayed by MacKay can hold the portfolio of Minister of Justice.

MacKay next says that there are fine option programs that allow people who cannot afford to pay the fines to work them off.  The government made this same statements during debate in parliament as a means of assuring that the new legislation would not create debtors prisons:

Those offenders who are truly not able to pay the victim surcharge without incurring hardship would have the option of participating in provincial and territorial fine option programs to discharge the amount owing. This is the second change proposed by Bill C-37.

Fine option programs will allow offenders to satisfy the victim surcharge by earning credits for work they perform in programs operated by the provinces or territories. This is in line with the philosophy of a victim surcharge, which seeks to make offenders accountable to victims of crime.

The truth – there is no such program in Ontario.  The government knew this when C-37 was tabled and MacKay knows it now.  To suggest that fine option programs are a solution to the problems created by the mandatory fine is simply a lie.  In Ontario you cannot work of your fine if you are poor – you can go to jail.

MacKay lastly defends the mandatory fines as necessary because judges were “simply waiving it out of hand”.  MacKay said as a prosecutor he saw this occur routinely – liberal judges abusing their discretion and waiving the fines too liberally – harming victims.

One simple follow up question – as a prosecutor did Mr. MacKay ever appeal one of these egregious and inappropriate uses of judicial discretion?

As Justice Minister did he ever direct his prosecutors to appeal a waiver of the victim fine surcharge?

If MacKay was truly concerned about victims why did he not appeal what he now characterizes as inappropriate?

Instead of utilizing the traditional and typical method of binding lower courts through the appeal process MacKay seeks to change the Criminal Code.  In doing so he turns his back on the principle judicial discretion.  He sacrifices fairness for expediency.  In short – he is playing politics in the name of assisting victims.

If MacKay truly cared about victims he would fund the necessary victim services out of general revenue.  He would not place this important burden on the backs of marginalized offenders who are often victims themselves.

Ironically MacKay is doing nothing to assist victims – he is only swelling their numbers.

MacKay’s harmful policies are ineffective and short sighted – they are as empty as the cake he would have a homeless offender eat.