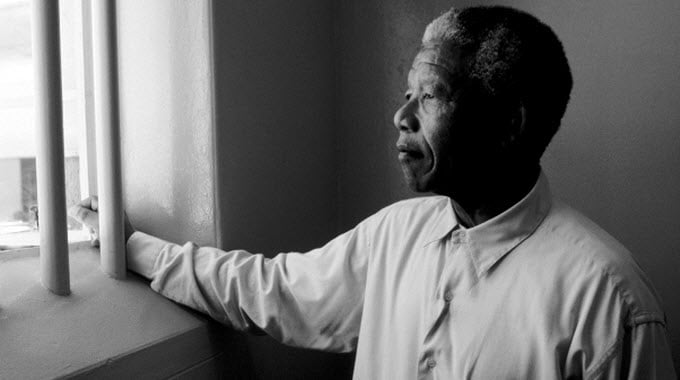 It has been two years since the United Nations adopted crucial revisions to the international standards on the treatment of prisoners. The United Nations Standard Minimum Rules for the Treatment of Prisoners (the Nelson Mandela Rules) forcefully called on member states to respect prisoners’ inherent dignity, allow access to medical care, protect vulnerable inmates and ensure access to legal representation.

Importantly, the Mandela Rules recognize that rehabilitation and reintegration of persons deprived of their liberty should be one of the most essential aims of any criminal justice system.Canada was a co-sponsor of the Mandela resolution.After his release from prison in 1990, Mandela observed, “No one truly knows a nation until one has been inside its jails. A nation should not be judged by how it treats its highest citizens but its lowest ones.” As a criminal defence lawyer, I have been inside our jails. I have represented scores of people, most of whom were the most vulnerable members of our society, who have been incarcerated.   I know our nation.  Canada is failing to live up to the United Nations resolution it co-sponsored. Canada is failing to respect basic principles of humane treatment to prisoners. Canada is failing its obligation to keep society safe. We should be ashamed. But first let’s take a step back and look at our provincial jails where most inmates have not been convicted of any crimes and are legally presumed to be innocent. As I’ve written about before, our provincial jails are over-crowded Dickensian hellscapes. Often, three people are confined in a small cell built for two people. The odd man out sleeps on the cold floor next to the toilet. Lockdowns are frequent. Family and lawyer visits are often cancelled. Inmates are forced to pay exorbitant phone rates to call their lawyers. Inmates are often placed in oppressive segregation cells for weeks or months at a time. Food is often uneatable, lacking in basic nutrition and in short supply — many inmates need to fight in order to eat. Violence is common.  Rehabilitation programming, addiction treatment and mental health treatment are non-existent. In short, people come out of our provincial jail in worse shape than they went in. We should stop feigning surprise that serious mental health and addiction issues are not magically cured and inmates reoffend when those same people are warehoused and offered no support or treatment. Our correctional policies do not result in rehabilitation, do not result in lower rates of recidivism and do not result in increased public safety. And we gladly pay for the privilege — almost $80,000 a year to incarcerate one person. So what is the Ontario government’s solution to this problem? It wants to build more and bigger jails. Marie-France Lalonde, Ontario’s corrections minister, recently announced plans to build two new jails — including a new and bigger 725-bed detention centre in Ottawa. The new Ottawa jail could cost more than half a billion dollars to build and more than $10 million a year to operate. There have been no announcements of any funding for rehabilitation or education programs or any other improvements that would help meet the United Nations’ Mandela requirements. The province is just building a bigger warehouse. The new jail announcement represented a dramatic policy change for the Ontario government. It was only last year that Ontario’s attorney general (then Ontario’s corrections minister) Yasir Naqvi said that a new and bigger jail in Ottawa was a too simple solutionthat would fail both taxpayers and society as a whole. So what changed between Naqvi’s comments and Lalonde’s announcement that Ontario was moving forward with the “too simple” solution? Maybe there is a provincial election approaching and funding announcements are an easy way to create jobs and avoid difficult political decisions. No government wants to be labelled as “soft on crime” with an election on the horizon. Or maybe Lalonde just lacks vision, leadership and knowledge. There is no doubt that money needs to be spent to bring our treatment of prisoners up to the Mandela standards. But we don’t need bigger jails — we need better and smaller jails. The simple fact is that there are too many people in jail. We incarcerate a disproportionate number of poor, marginalized and racialized individuals. Our jails are not bursting because of an increase in violent crime — actually, violent crime rates are approaching all-time lows. Our jails are bursting because we are locking people up for property offences, administration of justice offences and minor offences. We lock people up because they are poor, homeless, addicted, sick or marginalized. If you build it, they will fill it. Just look at the Toronto South Detention Centre. Built at a cost of more than a billion dollars and opened in 2014, the South was billed as a modern miracle. Today, the South is a crowded “house of horrors”. The same fate awaits the new jails announced by Lalonde. Building new and bigger jails should not be trumpeted as a success; on the contrary, it is an admission of failure. Every dollar spent on extra jail capacity is a dollar that will not be spent on crime prevention, mental health workers and rehabilitation. But we continue to throw good money after bad to maintain the status quo.  I will let you in on a dirty secret: Our criminal justice and correctional system is overly punitive, racist, short-sighted, draconian, cruel and counterproductive. And that is how we as Canadians should be judged.