Is it time to re-evaluate the jury system 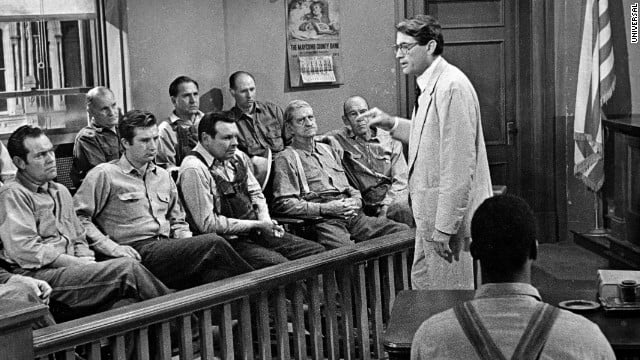 Unlike civil disputes criminal trials are not merely monetary. In criminal trials the defendants’ liberty and freedom hang in the balance. To lose a serious criminal trial means jail — confinement in a dirty, violent, and punitive Dickensian hellhole.

Monetary damages can be reversed, property losses can be compensated but a wrongful incarceration is a scar that never heals. So when it comes to criminal trials — especially involving serious allegations — we’d better get it right.

So, for the most serious criminal matters who does our justice system trust to get it right? They are largely anonymous. They lack any legal background or formal training. They deliberate in secret and they are not required to give any reasons for their decision.

Welcome to the venerable jury system.The jury system is one of the historic pillars of the common law system. Criticizing the jury system is also a pillar of the common law system. Mark Twain wrote in an 1873 letter to the New York Tribune, “The humorist who invented trial by jury played a colossal practical joke upon the world, but since we have the system we ought to try and respect it. A thing which is not thoroughly easy to do, when we reflect that by command of the law a criminal juror must be an intellectual vacuum, attached to a melting heart and perfectly macaronian bowels of compassion.”

Twain may have been right. It may be time to re-evaluate the jury system.

Let’s start with how juries are selected. In a typical first-degree murder trial — which must be tried before a jury — the Crown and defence each receive 20 pre-emptory challenges. Either side can, without explanation, excuse up to 20 jurors. In Canada our knowledge about individual jurors is limited to their name, postal code and a general description of their occupation. So how are decisions made about whom to exclude? I will let you in on a secret — it is a mixture of superstition, voodoo and prejudice.A juror does not look my client in the eye — challenge. A juror has an air of pretension — challenge. The juror walks into court with a right-wing newspaper — challenge.

But there can be more insidious examples of the use of pre-emptory challenges. In one of the murder trials I conducted the Crown was content with one middle-aged, female schoolteacher but challenged the next middle-aged, female schoolteacher. The only difference between the two was race — it was the black teacher who was challenged. This fact did not escape the notice of my client, who as it turns out, was black.

What we do know about the composition of our juries is that they are usually middle class, white and old.

Half of any jury pool will be excused for financial hardship. Single parents, the self-employed, or the working poor cannot afford to be on a jury. In Ontario, jurors are usually paid $40 starting only on the 11th day of trial, which increases to $100 a day if the trial goes longer than 50 days. The only people who can afford the privilege to sit on a jury are government workers, retirees or the wealthy.

Our jury pools are also not representative of Indigenous Canadians and other minority groups. Being judge by a jury of your peers may be an aspirational standard but has little foundation in reality.

So, we know almost nothing about individual jurors and we know that the typical jury pool is not representative of most accused persons (unless they are middle-aged government employees).What we do know is that jurors don’t have formal legal training. And that is bonkers.

Juries are the judges of the facts of a case. They apply those facts in the context of complicated legal principles to arrive at a verdict. How does a jury know what the law is then? They receive instructions from the judge — a few pages read to them at the end of an exhausting trial. What takes law students years to learn in school and lawyers decades to master in court is absorbed by a lay jury in a few paragraphs.

This is the fiction that our system is built on.

There can no question that, from time to time, juries get it wrong and misapply the law. It is common sense that occasionally juries base decision on prejudice and stereotypes. After all, even highly trained judges make mistakes. The difference between juries and judges is that judges provide detailed reasons that can be reviewed. Juries on the other hand deliberate in secret and provide a binary answer — guilty or not guilty. Juries don’t provide reasons for their decision.

Who knows what juries talk about in their deliberation room — it is a crime to ask them. But maybe we don’t really want to know how that sausage is made.

Twain was right to question the quality and efficacy of the jury system.History and tradition is a lazy justification of the status quote. Twain knew this and commented: “It is a shame that we must continue to use a worthless [jury] system because it was good a thousand years ago …”Twain was right — perhaps it is time for trial by jury to join trial by ordeal as a criminal justice relic.