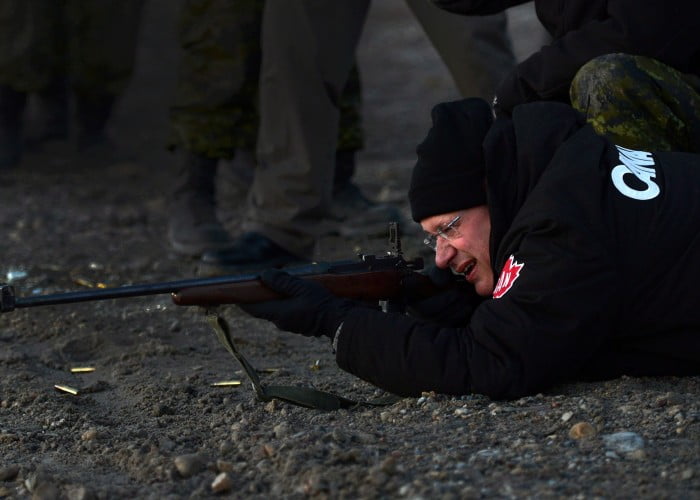 Given the way the Harper government’s ambitious crime agenda has imploded in recent weeks, you might wonder if anyone’s in charge over at Justice Canada. You wouldn’t be the only one wondering.

For the second time in as many weeks, major errors have been discovered in a government crime bill.

Last week, you’ll remember we learned that the House of Commons sent an earlier, unamended version of Bill C-479 — legislation that amends parole rules — to the Senate.

The version of C-479 — the Fairness for Victims Act — sent to the Senate was missing a handful of crucial amendments. Even setting aside those amendments, the bill contains a fatal flaw that leaves it very vulnerable to being overturned on constitutional grounds: It seeks to change parole rules retroactively for people who’ve already been convicted.

This is a lesson the Conservatives would have learned by now — if they were the learning sort. The government fought and lost this battle in the case of Canada (Attorney General) v. Whaling, 2014 SCC 20. In that ruling, the Supreme Court found that the retroactive removal of early parole for offenders who had already been sentenced affected their expectation of liberty and thus constituted an “additional punishment”.

In other words, the government tried — and failed — to overturn a bedrock principle of Canadian criminal law — that no one can be punished a second time for the same offence, also known as ‘double jeopardy’. And they were repudiated for it, publicly.

Anyone else would be embarrassed. And yet here we are again — different bill, same problem.

And then it happened again — different bill, different problem. Yesterday it was reported that a potentially fatal flaw was discovered in another crime bill that attempts to crack down on the recruitment of young people into gangs.

This bill would make it a crime — punishable by a mandatory six month sentence — to “recruit, solicit, encourage, coerce or invite a youth to join (a) criminal organization”. The version of the bill that went to the Senate leaves out the word “coerce”.

In other words, the bill says it’s a crime to encourage youth to join a gang — but not to pressure them into doing so.

They were warned, of course. I pointed out the illogic in the draft way back in May when I testified about the bill before the Senate.

Without making coercion a crime, the bill is almost meaningless. Imagine that a criminal gets some dirt on a young person through something he or she posted online. Imagine that criminal uses that information as a lever to pressure someone into a criminal association. If your goal is to curb gang recruitment, why wouldn’t you see that as a problem?

The point is moot, of course, because the bill is meaningless. We don’t need to have this debate. The Criminal Code already makes adequate provisions for criminal recruitment. The bill is worse than flawed. It’s redundant.

The answer seems obvious: This government doesn’t really care about fighting crime, about victims, about respecting our most fundamental law — the Constitution. What they do care about is politics — and for Stephen Harper, wrapping himself in his crime-fighter cape is a lot more important than passing laws that work, or make sense.

That the Conservatives are indifferent to the pursuit of justice is something demonstrated by their actions, not their words. They cut the Department of Justice’s research budget by $1.2 million. According to an internal government report, the Justice Department’s research budget was slashed just as an internal report for the deputy minister was warning its findings “may run contrary to government direction” and have “at times left the impression that research is undermining government decisions” and is not “aligned with government or departmental priorities.”

Why stop at suppressing the dissenting opinions of the experts when you can silence them altogether?

These two error-ridden bills are private member’s bills — but they still form part of the government’s broad crime agenda. If they were serious about that agenda, why wouldn’t they advance these bills as government bills?

Same reason they cut the research staff at Justice: They don’t want to hear bad news. By law, all government bills must undergo a review by the Justice Department to ensure Charter compliance. Private member’s bills are immune from this mandatory review.

In other words, the Conservatives are using private member’s bills in an attempt to hide potential constitutional defects. The bills are political props — so from the government’s point of view it doesn’t really matter if they’re unjust, unconstitutional and doomed to die in some near-future court challenge.

If the aim of a crime bill is purely one of political optics, does it really matter if it works?