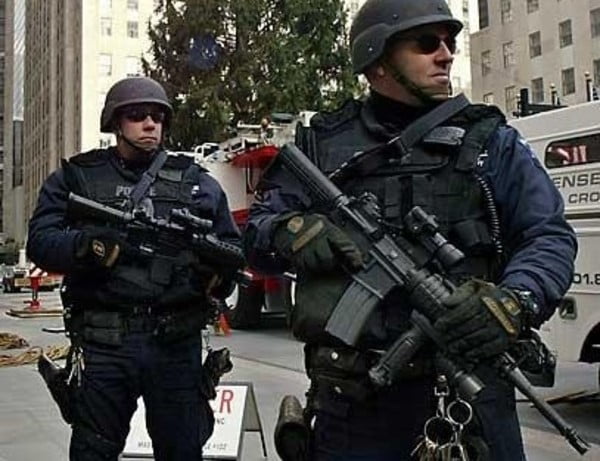 On August 15 I wrote a blog post and an article for iPolitics about the creeping militarization of Canada’s police forces.

In both those pieces I looked at a local example of this trend.

Anyone who’s lived in anarchic Ottawa might be justified in asking: How did our police get by this long without a tank? The CBC, CTV and MetroNews all reported on the BearCat’s purchase. The police seemed quite proud of it. But no one asked if it was necessary. No one asked if $340,000 could have been better spent on something — anything — else.

It seems that the press have begun to pay attention.

Last week the National Post’s Douglas Quan wrote an article about the growing number of Canadian police forces bulking up with armoured vehicles.

Today I spoke with CJAD’s Tommy Schnurmacher about this important issue.

Here is the audio of that conversation: