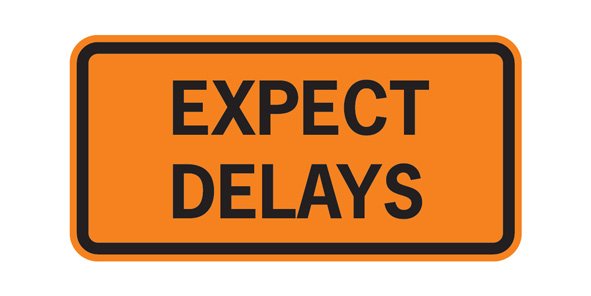 In 1991, more than 47,000 criminal charges were thrown out of Ontario courts. Why? Because of systemic disregard for the Charter-protected right to a trial within a reasonable time and a man named Elijah Anton Askov.

In 1983, Askov was charged with very serious offences: extortion, brandishing and pointing a sawed-off shotgun, and assault with a weapon. But there never was a trial. As it turned out, 34 months spent waiting for a trial was too long and unconstitutional.  All charges against Askov were stayed.  In finding that Askov’s Charter rights were violated, the trial judge commented that the unreasonable delay was caused by a lack of institutional resources and that that those responsible for the administration of justice had known about the systemic problem for years.In 1990, the Supreme Court of Canada upheld the trial judge’s decision and affirmed the fundamental importance of the right of accused persons, who are presumed innocent, to have the opportunity to clear their name and reputation at the earliest possible opportunity.Then, in Ontario alone, lower courts dismissed more than 47,000 cases. And so there was swift action. Politicians increased the use of criminal sanctions to deal with complex societal problems and doubled down on their misguided love of minimum sentences.Prosecutors and police became risk averse — overcharging by police became the norm, denial of bail became routine, and speedy resolution of cases became more difficult.  The result was overflowing court dockets and exploding jail populations. The right to a speedy trial became even more illusory than in the pre-Askov days.So it fell to the courts to take action, and they did.The right to a speedy trial was diluted and watered down. Systemic court delays were excused. The lack of political will to properly fund the justice system was explained away and, in the words of the Criminal Lawyers’ Association, “a stubborn, systemic tolerance for ever-expanding periods of delay, inconsistent results and a micro-calculating approach to the adjudication of s. 11(b) claims developed.”It turns out that it was easier for our courts to disregard the Charter than force change on the system. That is how in 2016 — 25 years after Askov — the Supreme Court found itself considering whether 49.5 months of pre-trial delay amounted to a breach of the Charter.So, in R v. Jordan, the Supreme Court confirmed what should have been glaringly apparent — 50 months is simply too long to get to trial.Let’s get this out of the way right now — the Supreme Court’s decision was an unprincipled mess. In short, the court imposed a hard cap on unreasonable delay — 18 months for provincial court trials and 30 months for Superior Court matters. Any delay in excess of these caps is presumed unreasonable and the Crown bears the onus to prove otherwise. If the amount of delay falls under the hard cap, then the accused’s actions are put under a microscope and the defence must show that the case took markedly longer than it should have to reach trial. Unreasonable delay under the hard cap will be rare, says the court.There is indeed a benefit that the hard cap brings. But how did the court conjure up its hard cap? In the Askov case, the Supreme Court found that eight to 10 months of institutional delay was unreasonable and unconstitutional. Two years after Askov, even as the Supreme Court backpedalled on speedy trial rights in the case of Morin, the eight- to 10-month limit on institutional delay was endorsed. So how did the Supreme Court arrive at the overly generous magic number of 18 months for a provincial court trial? The SCC says it considered factors such as prejudice to the accused, institutional delay, time for disclosure, and other inherent factors that can reasonably contribute to delay. The court says that it conducted an extensive review of the last 25 years of Canadian jurisprudence.Fine, I guess.But the court heard no submissions from any of the parties on how or if these factors or prior case law should contribute to the hard cap. Most importantly, the court did not do what every elementary school student is taught to do — show his or her work. The court’s hard cap is a product of judicial alchemy and is entirely unprincipled.There was no consideration by the Supreme Court to the issues of timely trials for persons detained in custody or kids charged under the Youth Criminal Justice Act. Does the hard cap apply in these cases? Is it reasonable for a homeless man who is denied bail to wait 18 months in jail for a simple shoplifting trial? Why is a 12-month delay not presumptively unreasonable in a case like this? Why should a stay of proceeding for delays of less than 18 months be rare in such cases?The Supreme Court’s latest decision pays lip service to the constitution while doing little to improve the pace of Canadian justice.The court said it was hopeful that the hard cap on trial delays would cause Crown prosecutors, court administration, and politicians to make real changes to give effect to the constitutional right to a speedy trial.Change is indeed needed. The trial judge in Askov noted the systemic underfunding of the criminal justice system — that was three decades ago — but nothing changed. Over the last 10 years, the Harper government’s regressive criminal justice policies made the problem worse and the current Trudeau government has taken no concrete step to fix the problem.If the dismissal of almost 50,000 criminal cases in 1991 did not cause the governments to prioritize the justice funding or spur Crown counsel to take proactive steps to give effect to the constitutional rights, we should hold little hope that a cynical judgment from the Supreme Court will change anything.