Criminal defence lawyers oil the machinery of justice, and we pay for that privilege 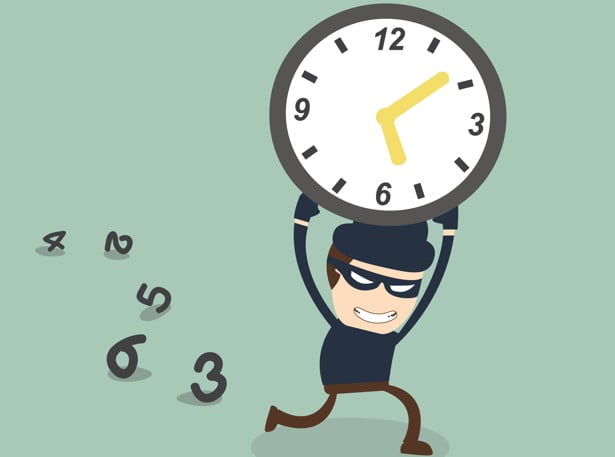 The wheels of our criminal justice system move slowly — and the wheels should move slowly. Justice must be dispensed carefully and deliberately since mistakes can destroy lives. But a deliberative process is too often a convenient and lazy excuse for dependence on antiquated processes — our justice system is stuck in the 1980s. If you don’t believe me, let me send you a fax of my casebook.

Modernizing the criminal justice system is low-hanging fruit for bureaucrats and politicians. In one of his first addresses as Ontario’s attorney general, Yasir Naqvi spoke to law students at the University of Ottawa about the need to modernize the justice system. But for all the talk of modernization, there is one universal truth about the machinery of our justice system — it is lubricated with the devalued time of defence counsel.

Fun facts about criminal defence work: one can wait in court for 5 hours to do about 12 minutes of work (at least it was a good result)

Without the hidden subsidies provided by defence lawyers, our court system would grind to a halt.

All of the mechanical doors are broken at Ottawa jail – 2 hour wait for a 10 min client visit. Ugh.

Defence counsel time is cheap — especially on legal aid. Each week, criminal defence lawyers spend countless idle hours waiting in court for their cases to be heard by a judge. Last week, I drove from Ottawa to a small eastern town called L’Orignal to assist a youth client on legal aid who was detained in custody. The client was at time served, the Crown was not seeking any further jail time and we were agreed on the sentence. The case was straightforward. The plea and sentence took all of 10 minutes to complete, but I waited six unpaid hours before my matter was reached.I pity the poor lawyer who wastes six well-paid hours of a judge’s time — she or he is about to be held in contempt. But inefficiencies in the system are tolerated as long as it is defence counsel who bears the costs. Every defence counsel has lost years of his or her life attending remand courts — an antiquated system of personal court appearances before trial to schedule meetings and provide updates about the case. There is simply no need to compel defence counsel to attend these largely pointless remand appearances. But the prospect of modernizing the system is bleak for defence counsel, since it is they who seem to always be left carrying the hidden costs. A few years ago, the Crown disclosure system moved from paper disclosure to the cutting-edge 1990s technology of CD-ROMs. Defence lawyers were left to foot the entire bill to upgrade their computer systems, purchase and download the latest video players, physically attend the Crown’s office to retrieve the disc and then print out the disclosure for in-custody clients.And, recently, the Ontario Court of Justice Criminal Justice Modernization Committee sent defence counsel a survey about the use of videoconference technology to conduct meetings with clients who are detained in jail. As it stands, defence counsel must schedule a meeting and physically attend a jail — sometimes hours away — to meet with their clients. The real costs are substantial and the opportunity costs of spending hours to have a short meeting with a jailed client are unimaginable. Not to mention the fact that lawyers are frequently turned away due to lockdowns or staff shortages.The modernization committee’s survey made it clear that videoconferencing could save the administration of justice buckets of money. Videos would reduce court appearance costs, prisoner transportation expenses and staffing resources. So the system would save money and operate more efficiently.It sounded like a wonderful idea — everyone wins — until the final survey question: “What is the maximum amount you would be willing to pay as a monthly fee: $75, $100, $125?” Again, criminal defence counsel are asked to subsidize the justice system. The system saves money but defence counsel pay. There was not even a survey option to suggest otherwise.  But, sadly, this comes as no surprise — criminal defence layers have always been second-class justice citizens. Even when a court finds that trial fairness demands an impoverished, unrepresented accused has legal representation or an amicus curiae is needed, defence lawyers are expected to work for a fraction of the cost of Crown prosecutors. Criminal lawyers are not in it for the money. Our wealthy Bay Street brothers and sisters laugh at our modest hourly rates and require smelling salts when told about payments under the legal aid system.  No one gives his or her life to criminal defence to get rich. But there is no sugar-coating the bitter taste that is left when a court finds that an amicus curiae is essential to safeguard trial fairness and then pays pennies on the dollar. If every defence counsel refused to wait six hours in court to assist a trembling 15-year-old first-time offender or declined to accept court appointments, stopped buying their clients a hot meal or second-hand suit or simply refused to jump through the unnecessary and costly bureaucratic hoops, the whole system would grind to a halt.Criminal defence lawyers oil the machinery of justice, and we pay for that privilege. Or so my fax machine tells me.