Corporate Get Out Of Jail Free Card Buried in Omnibus Bill 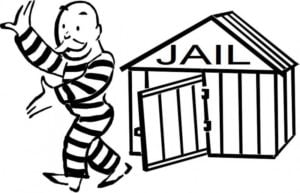 A little over a year ago Justin Trudeau, the Prime Minister of Canada, stood in the house of commons and spoke some truths about omnibus legislation. Trudeau said that for many years the previous government used omnibus legislation as a way of avoiding debate. He complained that the Harper Conservatives would “put everything into a piece of legislation, whether it had links to it or not.”

Trudeau was right. Omnibus bills were abused by the Harper government to the detriment of democracy.  Omnibus legislation too often leads to a divisive all or nothing approach to the legislative process. This is especially true because when legislation is overbroad, filled with unconnected amendments and unfocussed, debate is difficult and evidenced-based study is next to impossible.

The Liberals said they would be different than Harper – in fact it was an explicit election promise – “Stephen Harper has also used omnibus bills to prevent Parliament from properly reviewing and debating his proposals […] We will not resort to legislative tricks to avoid scrutiny.”

A breath of fresh air. And a promise that was consistent with what a young MP from Papineau said in 2013, “Omnibus bills – I’d like to say I wouldn’t use them, period. There will always be big bills, but they need to be thematically and substantively linked in all their different pieces so that they form a piece of legislation. The kitchen-sink approach here is a real worry to me.”

That MP, of course, was also Justin Trudeau.

So, I did not even bother to read bill C-74, An Act to implement certain provisions of the budget tabled in Parliament on February 27, 2018 and other measures. Because why on earth would a bill all about implementing the budget include any substantive amendments to the Criminal Code?

Except bill C-74 does just that and the brand new criminal law is buried on page 527 of the 556-page bill. The amendment was so well-hidden that even Liberal MPs sitting on the House of Commons Finance Committee, which is currently studying the bill, were caught by surprise.

Because in addition to implementing the budget, the bill amends the Criminal Code to allow corporations to buy their way-out of a criminal conviction. This new legal loophole is called a remediation agreement. It would work something like this. Step one, a corporation engages in a criminal activity like a massive fraud or conspiracy. Step 2, the corporation is caught and charged criminally. Step 3, the prosecutor reviews the file and determines that there is a reasonable prospect of conviction. Step 4, If the corporation agrees that it committed a crime and pays back all of the ill-gotten profits then the prosecutor can ask the court to drop all criminal charges.

The formal Criminal Code remediation agreements created by bill C-74 proposes is novel.  Current remediation agreements – think of someone who comes clean about misstatements on their taxes – requires that the individual or organization self-disclose their offence prior to any investigation or charges. None of that is necessary with the Bill C-74 amendments. A corporation can sit back and wait to see if they are caught – and then worm their way out of criminal sanctions after their hand has been spotted in the cookie jar.

These new Criminal Code remediation agreements are not available to individuals, unions, or other public bodies – only rich corporations. A single mom, with no criminal record, who is struggling to put food on the table, and who did not report a social assistance overpayment can face criminal charges. I have represented dozens of vulnerable accused who find themselves in this situation. There are no remediation agreements for these people.

The Liberal’s budget implementation bill seems to put a premium on the interests of rich corporations. Formal criminal remediation agreements are legally novel in Canada and untested. The proposal could be fraught with constitutional issues. Perhaps it is poor policy not based on good evidence. But we won’t know any of that until it’s too late. The budget implementation bill is being studied by the finance committee – not the justice committee – and because this is an omnibus bill no experts have given evidence about the criminal code amendments.

There is a solution to these problems. It’s not rocket science. In fact, Justin Trudeau himself knew it back in 2013 – avoid the improper use of omnibus bills.

And it would probably result in a better law.

When Trudeau was railing against omnibus legislation in the House of Commons he made a simple wish. Trudeau told the Speaker of the House that he hoped that “future prime ministers will not make excessive use of omnibus bills […] to avoid problematic situations.”

I have the same wish, except I also wish that current prime ministers did the same.