With Great Power…. – Ottawa Police Found to have acted in Bad Faith 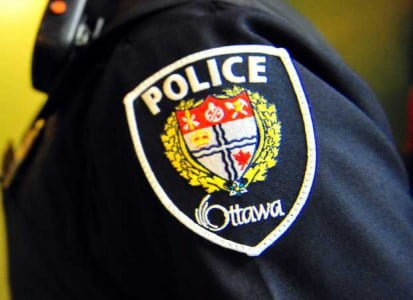 This week an Ottawa Superior Court judge ruled that the Ottawa police acted in bad faith when they violated the Charter rights of a man suspected of drug offences.

The result – 4 kilograms of heroin was excluded from evidence.

[Update: The Ottawa Citizen ran a story on the case and the negative judicial comments]

I should note by way of full disclosure that my firm – Webber Goldstein Abergel – represented the accused – Mr. Hafizi – who was charged with possessing heroin for the purpose of trafficking.

Despite my familiarity with the case the decision of the Superior Court was still shocking.  Judicial findings of bad faith on the part of the police are not made lightly.

In this recent case the Court found that the Ottawa police filed a deliberately misleading affidavit in order to obtain judicial authorization to intercept Mr. Hafizi’s private communications.

In other words the police lied to a judge to get permission for a wiretap.

The Court also found that the police officers crafted the wiretap affidavit in “such a way as to put a gloss on the evidence to be considered by the judge” – a clear violation of the requirement for police to present all material facts to the judge in a full, fair, and frank manner.

The improperly obtained wiretap allowed the Ottawa police – over a 45 day period – to intercept all communications from Mr. Hafizi’s personal cell phone.

The police contended that a wiretap was required – not for any drug investigation – but because Mr. Hafizi’s son was a person of interest in a murder investigation.

It was the interception of these phone calls that lead the police to launch a drug investigation and ultimately lay criminal charges.

In this week’s ruling the Court found that not only were there no reasonable and probable grounds to justify listening in on Mr. Hafizi’s most personal phone calls – but that the police withheld information from the judge who gave them permission to do so.

The judge found that no court would have issued the wiretap if the police had been fair and honest.

In the end – Mr. Hafizi’s privacy was illegally invaded, the Charter was violated, and the evidence obtained by the police was excluded.

In fact, the police conduct in question was so egregious that the Court found it necessary to “disassociate itself from that conduct since it would bring significant harm to the long-term repute of the administration of justice.”

It is decisions like this that call into question Ottawa Police Chief Charles Bordeleau’s comments that he is satisfied with his officers’ Charter training.

What – one may ask – precisely is he satisfied with?

In an October interview with the Ottawa Citizen – Chief Bordeleau said that Ottawa police officers are not required to take any mandatory training specifically on Charter rights and the force relies on “specialized investigative training, discussions on parade, peer-to-peer training and from computer-based training modules.”

That the Ottawa Police Chief would be satisfied with this ineffectually minimal training  (a topic I wrote critically about on this site – here and here) is simply not acceptable.

Police officers are instilled with extraordinary powers, including the ability – on reasonable grounds and with prior judicial authorization – to search the most private areas of our life.

Part of the social bargain in granting police extraordinary power is that there must be confidence that police know the scope of their power.

Police forces must be held to the highest training and educational standards.  Ignorance, negligence and certainly bad faith should not be tolerated.

As a wise man once said – with great power there must also come great responsibility.