The Cost of Unconstitutionality 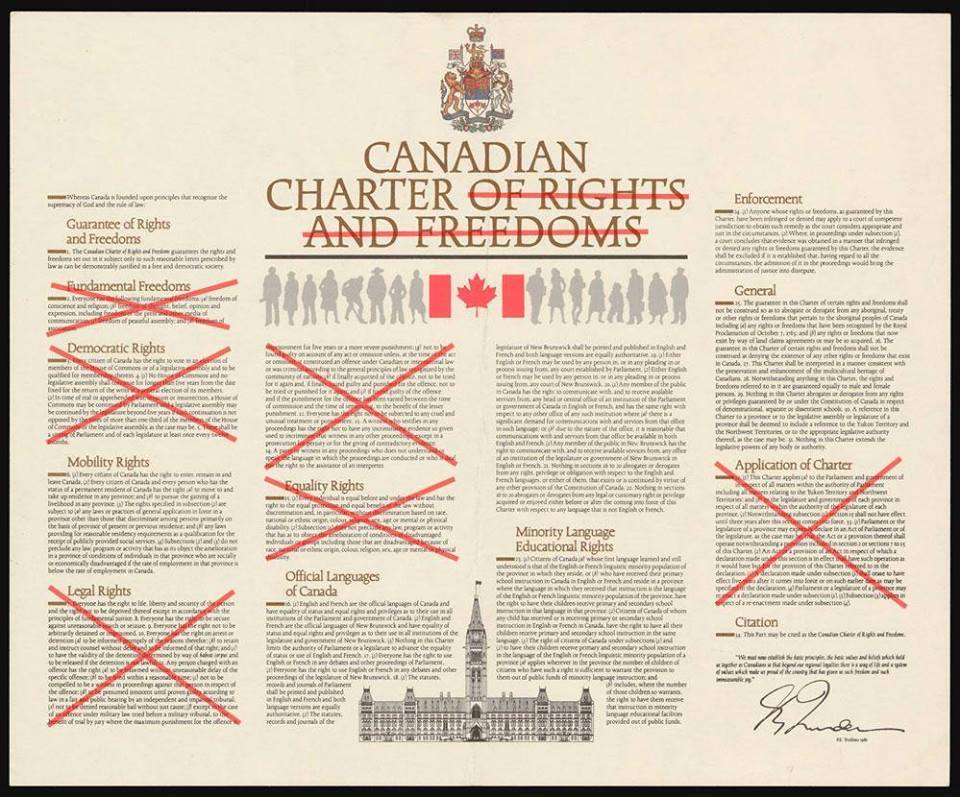 Stephen Harper does not pay his lawyers legal aid rates.

The Conservative government spent almost seven million dollars defending legislation that was ultimately found to be unconstitutional, according to documents released this week.

The government lost each case – sometimes at multiple levels of court. 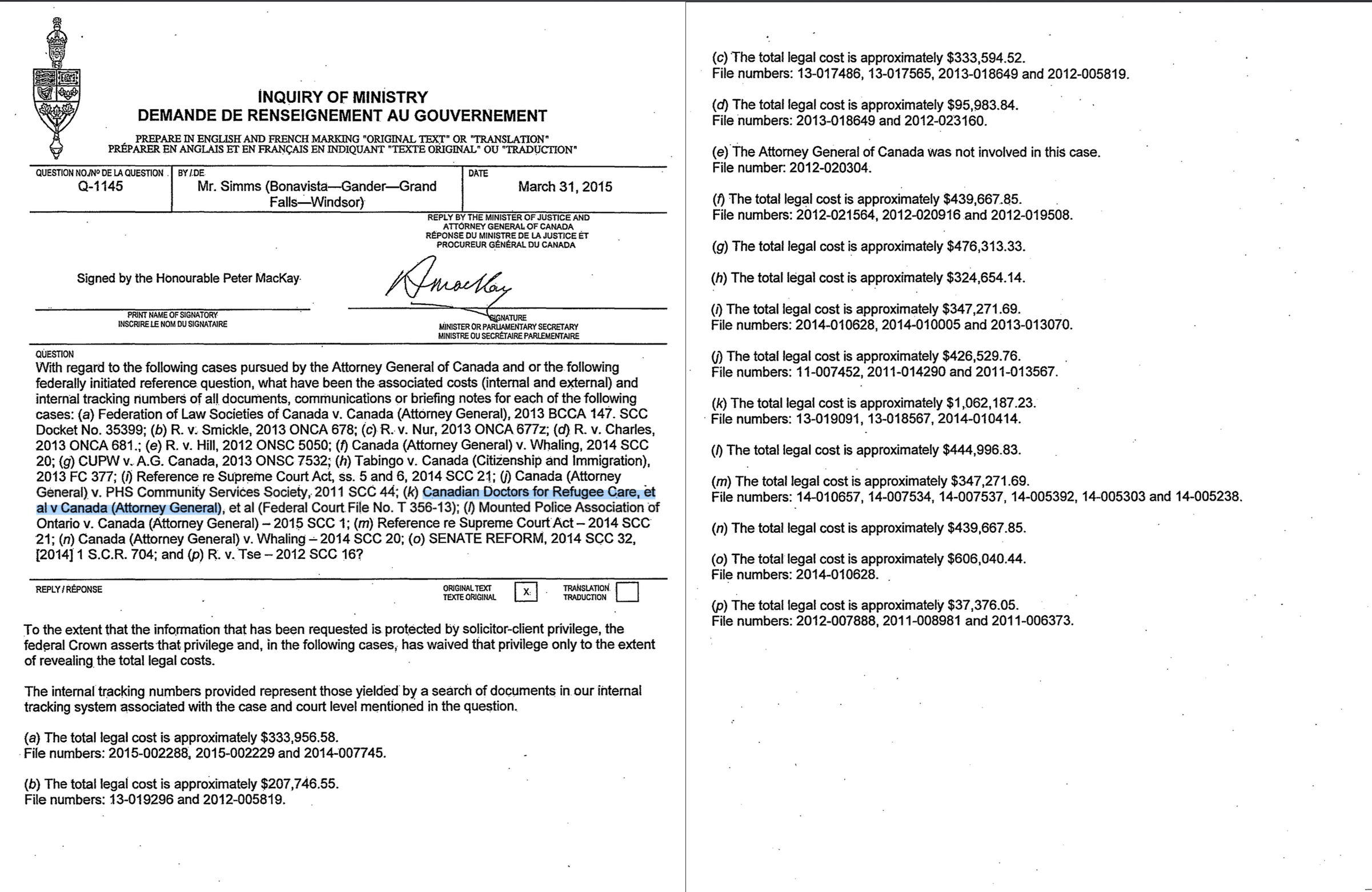 In the most expensive case, Canadian Doctors for Refugee Care, et al v Canada (Attorney General), the government spent over a million dollars to defend cuts to refugee health care.

What does a million dollars buy these day – a damning ruling from Federal Court Justice Mactavish who described the devastating impact of the cuts. In her decision, Mactavish found that the government’s health care cuts were causing illness, disability, and death and violated sections 12 and 15 of the Charter.

So, unbridled ideology-fuelled legislation is expensive, but the courts corrected things in the end – so no harm right? After all, it’s only money. Yes, a lot of money. But the true cost of unconstitutional legislation is difficult to measure. Unconstitutional laws devalue the constitution, dilute our rights and freedoms, and can have devastating personal impacts – disability and death in some cases – for individuals who are directly impacted by them. What’s that worth?

It can’t get worse? Right? Turns out it can. For every unconstitutional law that is ultimately stuck down by the courts there are countless, largely anonymous individuals who were subjected to illegality.

Take for example the recent Supreme Court case of Nur (a case I wrote about), where the court struck down various minimum gun sentences as cruel and unusual punishment. The legislation, Bill C-2, which impost the unconstitutional minimum sentences received royal assent in 2008. It took seven years for a case to make its way to the Supreme Court. In other words, a cruel and unusual law was on the books and being applied for seven years.

But it did not have to be that way. In 2008 the government was warned about the legal risks associated with minimum sentences, as expert after expert questioned their effectiveness and constitutionality.

The Conservatives could have avoided all of this had they been listening.  Even their own Parliamentary Information and Research Service department warned that “mandatory minimum terms of imprisonment are generally inconsistent with the fundamental principle that a sentence must be proportionate to the gravity of the offence and the degree of responsibility of the offender” — and minimum sentences “may constitute cruel and unusual punishment in violation of the Canadian Charter of Rights and Freedoms”.

Ultimately, seven years later and at the cost of hundreds of thousands of dollars (an estimate that excludes all the other justice system costs), the Supreme Court of Canada agreed with the experts; a cold comfort to those serving unconstitutional sentences.

The pattern remains the same only the bill changes.  The government was warned about the dangers of retroactive parole reforme – a topic I wrote about last year – but the legislation was pushed through parliament, only to be struck down years later.

The government knew these laws was doomed from the start, they must have just not cared and were willing to litigate it.

Justice Mactavish noted in the refugee health care ruling that because of the government’s cuts, “a young child infected at birth with HIV would have no right to insurance coverage for any kind of medical treatment, effectively condemning the child to an early death.”

I can think of better ways to spend seven million dollars.