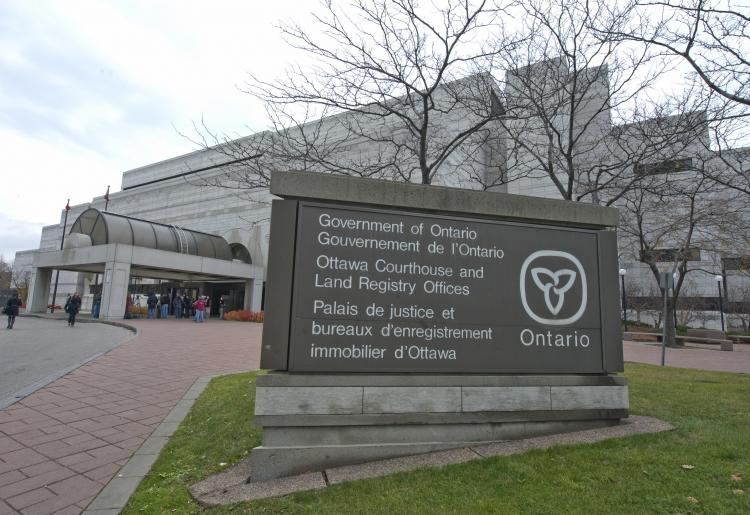 The Conservative government’s controversial mandatory victim fine surcharge was dealt another blow today – an Ottawa court struck down the law finding it to be unconstitutional.

Today’s decision (view it here) should come as no surprise – the constitutional frailties of the mandatory fine were apparent from start.

The Conservative’s Increasing Offenders’ Accountability for Victims Act doubled the victim fine surcharges and at the same time removed all judicial discretion to waive the fines.

When I first examined the problematic law last November I wrote:

Upon conviction an offender is liable to pay a victim fine surcharge.  Until October 24th the fine was fixed at $50 for a summary conviction offence and $100 for an indictable offence. The judge was however given discretion to waive the fine its imposition would result in undue hardship.

These fines are now doubled.  There is no discretion for a judge to waive the fines – even where they would impose an undue hardship.

The Government justifies the new legislation as acting to increasing offender accountability, ultimately providing assistance and advancing the position of victims of crime.

The problem is obvious.  For many people convicted of offences even $100 represents a significant amount of money.  The imposition of the surcharge – a debt which is now part of the sentence – can represent an undue hardship.  This is especially true when the offender is disadvantaged and already experiencing hardship.  A fine in these cases can actually impede rehabilitation, result in further incarceration, and may contribute to further offences.  This does not assist victims – it creates them.

Today’s decision, authored by Justice David Paciocco, was not the first to find the victim fine unconstitutional but it is certainly the most comprehensive.

Paciocco – regarded as one of the country’s brightest legal minds (hell – he even has his own Wikipedia page) – struck down the mandatory victim fine finding that it to be a cruel and unusual punishment.

Paciocco ruled that the law was not about accountability (as the government purported) but about punishment – an unconstitutional punishment that treated the poor more harshly than the rich.

The crown attempted to convince Paciocco that any gross disproportionality in the application of the mandatory fine could be avoided if judges simply imposed a modest fine as part of an impecunious offenders sentence.

Here is the trick: The victim surcharge is $100 or $200 per charge but if the court imposes a separate fine as part of an offender’s sentence the surcharge owing is calculated at 30% of that fine – which could be much less than the mandatory amounts.

In the case before Paciocco the impoverished offender was facing a $900 victim surcharge.  If the court imposed a $1 fine (in addition to any other punishment) the victim fine would amount to a mere 30 cents.

Paciocco found that while this work around was a valid option it could not render an otherwise unconstitutional law valid.

The fact that the Crown even suggested this work around is jaw dropping.

Here is why – weeks before Paciocco’s case was argued the Ottawa crown’s office came under fire for accusing judges of staging a “brazen insurrection” and flouting the will of parliament by refusing to impose mandatory victim fines.

In legal arguments filed in relation to yet another victim fine challenge the crown wrote:

One of the crown’s main arguments in support of this ‘insurrection’ was that some judges were imposing nominal fines to reduce the mandatory victim fine – the same type of work around the crown now suggests Paciocco should use.

It would be bad enough if this was a case of the crown’s left hand not knowing what the right hand was doing but some of the same crown attorney’s were involved in both cases.

Crown attorneys who before Paciocco urged the imposition of a nominal fine had only weeks before argued that judges who imposed that fine were mounting an insurrection.

The crown urged Paciocco into a course of action that it had – only weeks before – described as a “troubling and illegal” action designed to avoid the surcharge.

The hypocrisy of the crown’s argument only helps makes clear the irrationality of the Conservative’s legislation.

Paciocco’s 31 page decision is compelling, analytical, and principled. It shines a light on the unconstitutionality of the mandatory victim fine legislation and exposes the Conservative’s political spin.

Most importantly it ensures fairness and rejects the type of equality advanced by the government and the crown – the type of fairness Anatole France had in mind when he said: “The law, in all its majestic equality, forbids the rich as well as the poor to sleep under bridges on rainy nights, to beg on the streets and to steal bread.”