My predictions for federal justice reform in 2018 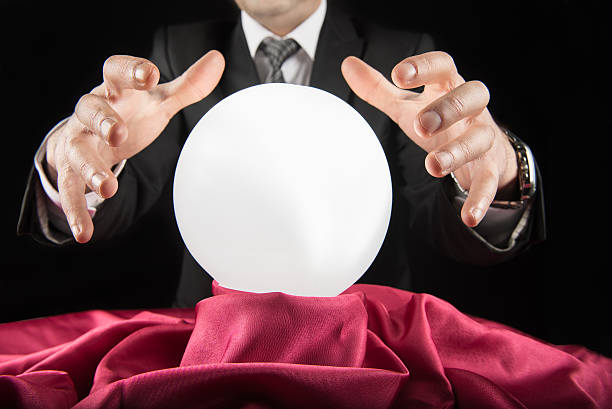 It is always dangerous to prophesize, particularly, as an old Danish proverb warns, about the future. Unfortunately, the temptation to make an educated guess about the future is irresistible. After all, if the prediction game was like baseball a 30-per-cent success rate would make an all-star. So, here are my top five predictions about criminal justice for 2018.

The Liberals came to power in 2015 on the back of some very big promises. The problem with public election promises is that they are easily measurable and this is especially true when they are reduced to black and white and released as ministerial mandate letters.

The instructions provided by the prime minister to Minister of Justice and Attorney General of Canada Jody Wilson-Raybould were ambitious. Wilson-Raybould was instructed, among other things, to modernize the justice system, increase the use of restorative justice, increase the government’s Charter compliance and address gaps in the justice system that allow the most marginalized Canadians to fall through the cracks.

In short, the Liberals promised a necessary and massive reform of the justice system — including reforms to laws on minimum sentences. In early 2017, Wilson-Raybould said legislation would be introduced in the “very near future.” Months later, she indicated that the government was set to introduce legislative reform in the spring of 2017. That legislation never came. Then she indicated that the much-anticipated legislation would be introduced in the fall. But then autumn came and went, without any transformational justice legislation.

Prediction: In 2018, Wilson-Raybould will table an omnibus justice bill that promises of transformational criminal justice reform, but the bill will ultimately be viewed as a disappointment.

While the federal government has been sitting on its hands when it comes to the justice file, the same is not true of the provinces and the courts. Courts have continued to strike down unconstitutional laws and Alberta has announced plans to largely decriminalize drunk driving. Provincial intervention is a less than ideal workaround to Wilson-Raybould’s inaction as it cuts pretty close to an unconstitutional intrusion on the federal criminal law power. But Alberta says immediate action is needed to cut justice costs.

Prediction: In 2018, the provinces, the Senate and the courts will continue to do what the federal government won’t — take action on meaningful criminal justice reform.

In June of 2016, Canada’s Supreme Court gave the government guidance on amendments that would be necessary to close the bestiality loophole. You see, in Canada, bestiality is limited to acts involving penetration — everything else is legal.

The government did not take action to close this abhorrent loophole, but Liberal MP Nathaniel Erskine-Smith did, through a private member’s bill. Erskine-Smith’s bill was defeated with most Liberals and Conservatives voting against it. Interestingly, however, Conservative MP Michelle Rempel broke ranks with her party and supported Erskine-Smith. Rempel has since introduced her own private member’s bill to close one of the most disgusting loopholes in the Criminal Code.

Prediction: In 2018, the bestiality loophole will finally be closed, but the government won’t let Rempel beat it to the legislative party and will introduce its own bill to steal her thunder.

One of the big legal stories of 2017 was the impact of the Supreme Court’s Jordan decision, which imposed strict time limits for the prosecution of criminal cases. In 2017, it was fashionable to predict that the criminal justice sky would fall as a result of Jordan. It did not. The year 2018 will mark the two-year anniversary of the Jordan rules, but there are still predictions of impending legal chaos.

Prediction: This year will be nothing like 1991 when more than 47,000 criminal charges were thrown out of Ontario courts alone because of unconstitutional trial delays. In 2018, the predicted Jordan tidal wave will never come.

One of the biggest justice stories of 2017 was the government’s introduction of legislation to (sort of) legalize marijuana in some circumstances. The pot bill attracted some justifiable criticism that it did not go far enough to fulfil the Liberals’ election promise. But more troubling was the fact that the proposed legislation contained massive constitutional flaws.

For example, the bill continues to criminalize anyone under 18 who possesses more than five grams of marijuana — an activity that will be perfectly legal for adults. Nowhere else in the Criminal Code is a youth criminalized for an act that is legal for an adult. The disproportionate criminalization of youth is counter-productive, irrational and likely unconstitutional criminal justice policy.

The Liberal pot bill also disadvantages the poor. If an accused is given a marijuana ticket and if they can pay the fine in 30 days, then their court records must be sealed. But if you are poor and can’t pay the fine in 30 days, your court records won’t be sealed and can be disclosed to almost anyone — including employers, schools and foreign countries.

The simple fact is that the marijuana ticket regime discriminates against the poor and will inevitably be found to violate the Charter.

Prediction: In 2018, marijuana will be legalized and we will see the first constitutional challenge to the new laws.

And one final prediction: I probably got most of this wrong because, by its very nature, the confluence of politics, the law and the courts makes for a very unpredictable beast.

In other words, I would be very happy with a .300 batting average.