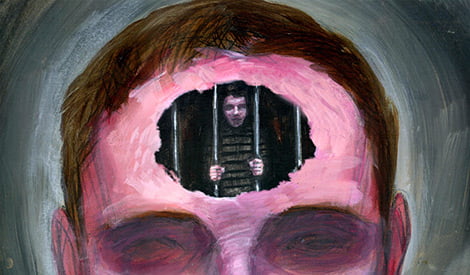 This article – written by Chelsea Moore and me, first appeared in iPolitics.ca on October 24.  Its well worth a subscription to the site – news delivered right to your inbox – make it so….

Yesterday in the House of Commons, Prime Minister Stephen Harper declared his intention to fast-track legislation expanding CSIS and police powers of “surveillance, detention and arrest.”

Nobody should be surprised to see this government seize the moment created by Wednesday’s tragic events in Ottawa to advance its surveillance and law-and-order agenda. That’s what they do.

After all, most of the Harper government’s criminal justice policy is reactive — seizing upon sensational incidents to provide a veneer of necessity and legitimacy. Recall that this is the government which — under the guise of combating bullying — pushed to recklessly expand state powers over the search and seizure of personal Internet data, despite the criticisms of experts, crime victims and our country’s highest court.

Sadly, it appears the mere expansion of Canada’s surveillance apparatus may not satisfy Harper this time. He wants to police our opinions as well.

Today we learned that the Conservatives are considering new legislation that would make it an offence to condone terrorist acts online.

Let’s repeat that: Your words, your thoughts and your beliefs could be made criminal.

Lawyers like to say that bad facts make bad laws — and this is what Harper appears to be counting on. It seems the Conservatives mean to, once again, seize upon a tragic event to fast-track a potentially unconstitutional law. Canadians are asked to blindly stand by and be stripped of their civil liberties in the interests of security. And they couldn’t even wait a day.

Yesterday, Harper stood in the House of Commons and said: “We will not be intimidated. We will be prudent, but we will not panic … In all its diversity of peoples and opinions, this House personifies the spirit of Canada.”

Let’s revisit the Constitution — a document that, apparently, nobody in the Harper cabinet has troubled to read. Section 2 of our Charter of Rights holds that everyone has fundamental freedoms — of conscience and religion, and of thought, belief, opinion and expression. That includes freedom of the press and other forms of communication.

Harper’s track record in the Supreme Court shows he’s never been keen on evidence-based policy, so this question may be lost on him: Where is the evidence to suggest that further criminalizing speech — even repugnant speech — would make us safer?

The Criminal Code already makes it a crime to aid or encourage criminal acts — including terrorist acts. There is no need for an Orwellian expansion of that law.

It’s at times like these that we suddenly understand what it really means to refuse to be intimidated by the violent acts of terrorists. It’s not just about guns and bombs. It’s about standing up to the people who govern us and reminding them that the law applies toeveryone — to governments as well as the rest of us. It’s about holding on tighter than ever to our values and freedoms — not sacrificing them to spurious notions of security.

What happened Wednesday should inspire us to ask tough questions about the laws we have in place, and whether they’re actually working. The Harper government would prefer that we skip this step and just pass more laws, regardless of whether they’ll actually work.

One can be forgiven for not placing great confidence in the government’s ability to be restrained; these are, after all, the people who referred to environmentalists as radicals. How can we trust federal security services to exercise prudence after they labelled Greenpeace an “extremist” organization?

We understand well how the rhetoric of terrorism works. As Professor Tomis Kapitan put it, it allows governments “to exploit the fears of its citizens and ignore objections to the manner in which it responds to terrorist violence.”

We all accept that the state shouldn’t be allowed into the bedrooms of a nation. Why on earth would we invite it into our heads?