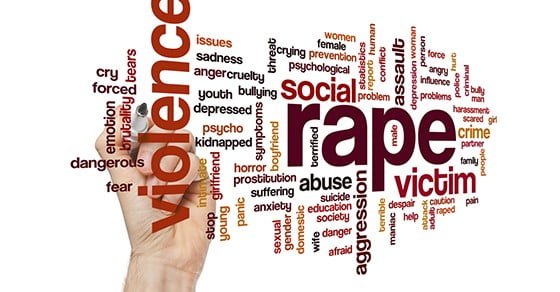 The news that an Ontario Superior Court judge ruled the prohibition on extreme intoxication as defence to sexual assault was unconstitutional broke just before the Labour Day long weekend.

And then social media exploded.

Tweets and Facebook posts linking Ontario’s absurd buck-a-beer initiative, the removal of consent from school curricula and the defence of extreme intoxication spread like a viral forest fire. “Shame on us, Ontario,” was the public sentiment.

But Justice Nancy Spies’ decision in the McCaw case came as no real surprise to criminal lawyers. After all, s. 33.1 of the Criminal Code,  which prohibited the drunkenness defence, had been struck down as unconstitutional nine times already. Seriously, every time the issues had been argued — in British Columbia, Quebec, Nunavut, the Northwest Territories and five times in Ontario — the limitation was found to violate the Charter.

In fact, Spies did not even really make a decision on the constitutionality of s. 33.1. She said she would have found it unconstitutional but the decision was already made for her. She said that she was bound by precedent set in the Dunn case, which first found the limitation to be unconstitutional in 1999.

The question is not is the defence of extreme intoxication in sexual assault cases back. It has been back for a while now.

Historically, intoxication was never a defence to any crime. However, as the common law evolved to recognize that punishment without a guilty mind was fundamentally unjust, this rule was relaxed. It came to be the case, and it was confirmed by the Supreme Court in the 1977 case of Leary that extreme intoxication could provide a defence for specific intent offences but not offences, such as sexual assault, that only required a generalized intent.

Following the coming into force of the Canadian Charter of Rights and Freedoms, the Supreme Court was asked to re-evaluate the issue. The Charter guarantees a right to a fair trial and the right to be presumed innocent. But because of the rule in Leary, in situations where the level of intoxication reached by an accused was sufficient to raise a reasonable doubt as to the capacity to form even the minimal mental element required for a general intent offence, an acquittal was impossible.

So, in 1994, the Supreme Court found that extreme intoxication to the point of automatism could be a defence to general intent offences. To hold otherwise would violate the Constitution.

But this was not a licence to get drunk and commit sexual assault. The Supreme Court also found that this type of defence would be rare. This conclusion was backed up by empirical evidence from Australia and New Zealand, both of which had permitted a similar defence to sexual assault charges for almost 20 years, and their experience did not result in the opening of any floodgates.

The majority of the Supreme Court, including Justice Claire L’Heureux‑Dubé (who may be best known for defending the rights of women and being tough on crime), importantly went on to limit any intoxication defence: that the accused would bare the onus of proving the rare defence and would need to back up the defence with expert evidence.

The federal government’s reaction was swift, and nine months after the Supreme Court’s landmark decision, legislation introduced by then-Justice Minister Allan Rock was passed to eliminate a defence of extreme intoxication for all assault-based offences.

These cases never made it to any court of appeal or the Supreme Court because even when the accused was permitted to advance the intoxication defence they were convicted — every time.

The current federal government pledged to modernize the Criminal Code and to ensure that our laws meet constitutional muster. But they seem to have purposely avoided this problematic section of the Code. The result is a revolving door of litigation, a patchwork of laws and public confusion.

Perhaps it is understandable — from a political perspective — that the government is hesitant to touch s. 33.1 of the Criminal Code with even the longest of poles. But it must. The current state of affairs is not only constitutionally dubious but also dangerous.

Thisbrings me back to all of those social media posts. Being drunk is not a defence to sexual assault. Being intoxicated is not an excuse to abuse women. But a quick and uninformed read of all of those tweets and Facebook posts may lead some to that conclusion. And this risks public safety.

Is the defence of extreme intoxication in sexual assault cases back? No. Not only did it never really go away but its chances of success also remain as rare as ever.

As the Supreme Court said in 1994, it is always open to Parliament to fashion a remedy that would make it a crime to commit a prohibited act while drunk. It is time the government did just that, but this time, it should do it in a way that does not violate the Constitution.