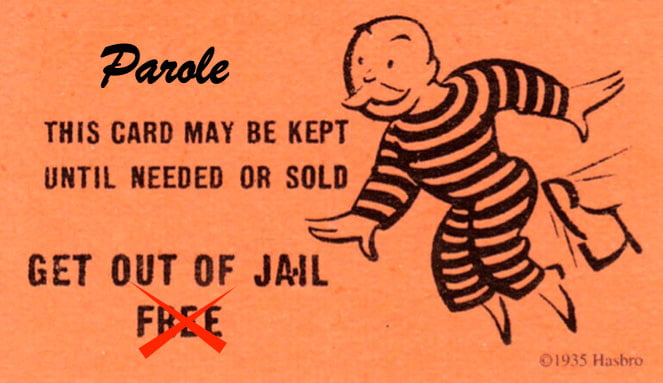 The Conservatives have attracted considerable – and justifiable – criticism for their handling of the Supreme Court nomination and appointment of Justice Nadon.

Much less attention, however, has been paid to a decision the Supreme Court released a day before Nadon – Canada (Attorney General) v. Whaling, 2014 SCC 20 – a decision that is equally troubling.

In 2011 the Conservatives passed the Abolition of Early Parole Act (AEPA) – Bill C-59.  The AEPA did exactly what it said – it abolished early parole.

This AEPA mandated delay in parole eligibility can result in months or years of additional custody.

The new parole rules in the AEPA apply to all offenders – even those who were sentenced prior to the rule change.

The AEPA is legislatively retrospective in application and effect.  It was the constitutionality of this retrospectively was the narrow issue before the Supreme Court.

A fantastic analysis of the decision by Leonid Sirota can be found on his blog: Double Aspect – well worth a read.

Very briefly – The Supreme Court found that the retrospective removal of early parole for offenders who had already been sentenced impacted their expectation of liberty and thus constituted an ‘additional punishment’.

This is a problem.

Section 11(h) of the Charter guarantees the right not to be punished ‘again’ for the same offence – also known as double jeopardy.

The Supreme Court held that the retrospective aspect of the AEPA was unconstitutional – it violated section 11(h) of the Charter.

The decision of the Supreme Court is certainly a political embarrassment for the Conservatives – yet another plank in their law and order agenda was found to violate the fundamental rights and freedoms of Canadians.

An examination of the history of bill C-59 is even more damning   But it is also quite revealing – as it demonstrates complacency on the part of the House of Commons (not just the Conservatives – but mostly them) in studying the bill, its impacts, and ultimately its constitutionality.

Surprisingly the history of C-59 also provides one of the best justifications for the existence and utility of the Senate.

Bill C-59 was introduced by the Minister of Public Safety, Vic Toews, on February 9, 2011.  It was essentially identical to a prior parole bill – C-53 – which died when the Conservatives prorogued Parliament in 2009.

The only difference between the old bill (C-53) and the new bill was that C-59 provided for the retroactive elimination of accelerated parole review.  The retrospective provision of the bill was specifically (i.e. reactively) added by the Conservatives in response to intervieining high profile convictions of white collar criminals in Montreal (see: Earl Jones).

The new retrospective bill C-59 was sent to the Standing Committee on Public Safety and National Security for study and that committee heard only one day of evidence – on February 15, 2011 where it found little academic or empirical support.

Most surprisingly the committee members showed no interest in the only new feature of C-59 – its retroactivity.

Stephen Fineberg – the only witness who spoke to constitutional issues – testified on behalf of the Association des avocats et avocates en droit carcéral du Québec – an association representing lawyers in Quebec who have specialized prison and parole practices.

Mr Fineberg delivered a sharp criticism on the retroactivity of the bill:

The last thing I would like to say is that our association–like lawyers across the country–is firmly opposed to the retroactivity that the bill is proposing. This is shocking. This is scandalous.

People plead guilty when they don’t have to based on the law as it exists when they’re making their decision. They consult their criminal defence lawyers. They consider what their options are. […] But now they discover that they never should have pleaded guilty. Now they discover that, retroactively, this bill is going to take away what the government offered these people. It’s shocking. It’s probably unconstitutional, and I guess we’re going to find out, because there are going to be countless challenges all across the country as people try to convince courts, through testimony maybe from their defence lawyers, that they pleaded guilty specifically in reliance on this law that you’ve now yanked away.

Whether it is unconstitutional or not, it is improper. Bill C-39 did not want this to be retroactive. Why? Not because the government wanted to do favours to people who were serving sentences, but because the government recognized that it is not right to remove this retroactively. It is not the way Canadians do things. I urge you to kill the retroactivity if you adopt this bill. That is not proper public policy.

The committee heard from no other lawyers, academics or experts with respect to constitutional issues.

The committee heard hours of testimony about the bill – yet only one questions was asked about its constitutionality.

It is slightly shocking that the Liberals and NDP did not make any constitutional inquiries durring the committee hearing (although to their credit they ultimately voted against C-59).

It is scandalous that the Conservatives moved the bill from first reading  – to committee – to third reading in a mere seven days.  The rush to legislate (after doing nothing for 2 years) left no time to study and seriously consider a potential constitutional defects in the legislation.

It is unimaginable that the only change from bill C-53 to bill C-59 was the addition of an unconstitutional provision that was never properly considered or studied.

Conservative MP Paul Calandra was in fine form in the House delivering his usual obsequious nonsense:

It is unconscionable that we have had delays in getting this bill passed and have been spending so much time at committee on what should be a common sense bill.

The delays to this particular piece of legislation and all of the legislation that we have been trying to get through this House speak to the sad reality of some individuals on the opposition benches who think more of their entitlements than they do of the people of Canada. If we were truly putting the Canadian people first, we would have passed this bill. We would not have spent a full day debating and talking about how we could delay this bill. It would have gone through committee.

This statement appears to be slightly misleading – what delays?

There certainly were no unconscionable delays – quite the opposite.  Bill C-59 moved rather quickly through the house – too quickly it turns out.  Even Calandra’s colleague Rathburger lamented his ‘limited time’ at committee when inquiring about important constitutional issues.

The government – as usual – vilified dissenting voices and proceeded in an precipitous fashion.  An action that ultimately lead to constitutional violations (and the associated negative effects).

The only forum – other than the courts – where the important constitutional issues of C-59 were studied was The Senate Committee on Legal and Constitutional Affairs.  This is perhaps one of the best arguments in favour of the Upper Chamber – to provide sober second thought and examination.  This is something the Senate does very well.

Thankfully constitutionality was on the Senate’s mind.  Senator Baker pointed out that Minister Toews was government counsel in one of the first cases where retrospective legislation was struck down:

Senator Baker: The reason we are interested in this is that it brings up the question of constitutionality. The original bill introduced in 2009 was not retrospective in its application. What made you change your mind?

Mr. Toews: I have to give credit where credit is due. The Bloc Québécois were quite insistent that it be retrospective in application. It was something for which I had sympathy. It is not that I have changed my position on this. However, when one sees an opportunity to do what should be done with the support of an opposition party, it should not be passed up.

Senator Baker: Retrospective legislation has been struck down many times by the Supreme Court of Canada in many instances. It has been classified in some cases as being retroactive in nature because of its very application.

In one of the first cases in Canada in which retrospective legislation was argued, you prosecuted the chartered banks for the application of the labour laws in a particular province. I hoped you would win that argument, but you lost.

It turns out that the Conservative and Mr. Toews (now Mr. Justice Toews) lost again.

The history of Bill C-59 is only the most recent example of a government that does not heed the warning of experts (or seek expert opinion in the first place).  A government that seems to wear constitutional ignorance as some sort of badge of honour.

Even worse, by systematically rushing legislation, frustrating thorough and proper evaluation, and vilifying dissent the government prevents the creation of an evidentiary record that can often prove critical in future challenges.

Perhaps this is all by design – but it should not occur with our consent.